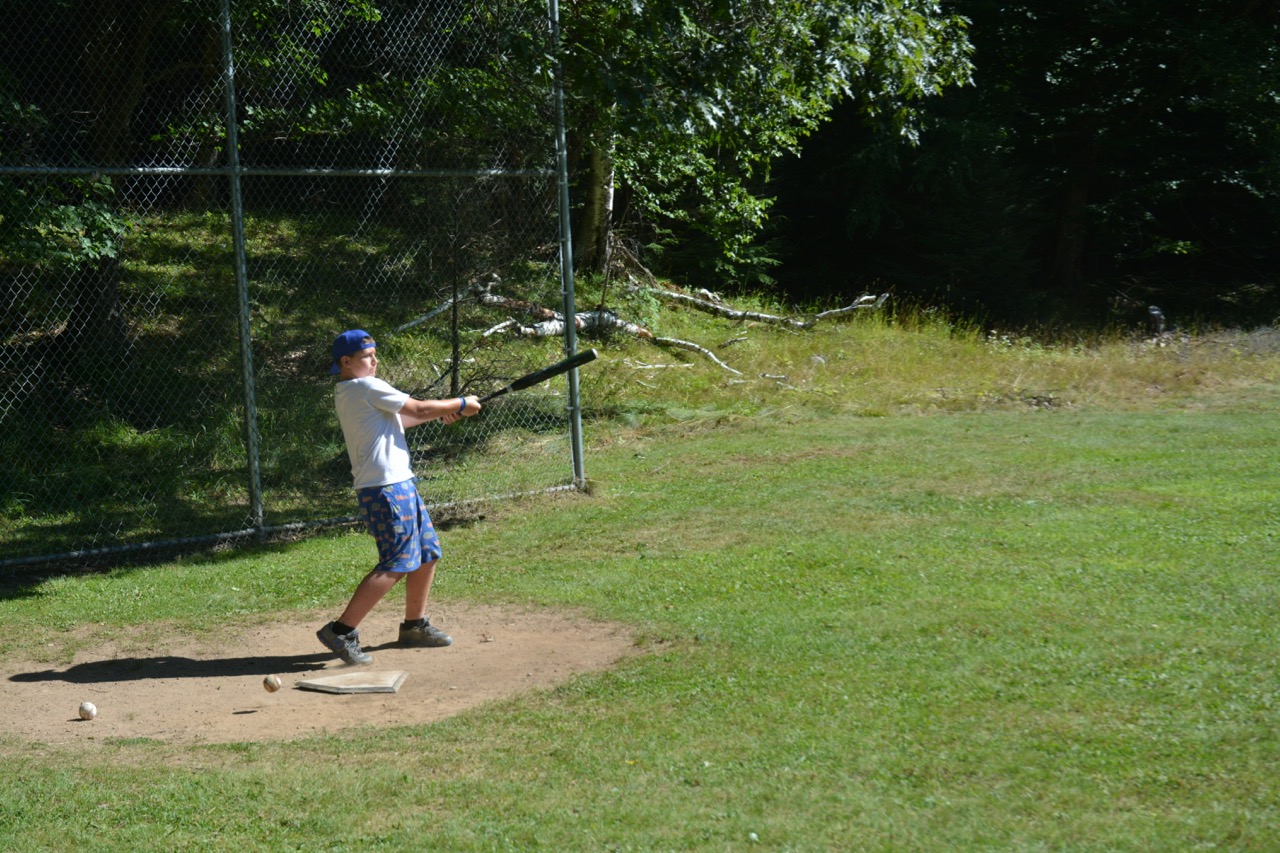 Benjamin and I both woke up with full-blown colds, but we have felt increasingly better as the day has progressed. He had a small fever of 99.4, which has been gone now for several hours. This is a relief, and means we are not planning any additional trips north. I am feeling a bit stir-crazy–we were homebound with steroid soreness, now we’re homebound with a virus–but I’m looking forward to the weekend. I think we’ll both be well by tomorrow, and I see the beach in our future. I’m using the time at home to make sure I’m ready for the second half of Delayed Intensification, which begins Monday. Lists, lists, and more lists.

We are dog-sitting for our nextdoor neighbors, and use of their pool was strongly encouraged. We took advantage of the offer today around noon. Benjamin got in up to his neck, then stopped. His eyes filled with tears as he asked me if the rest of his hair would fall out when he put his head under. I told him I didn’t think so, but I honestly didn’t know. I asked him if he wanted to feel his body underwater, and he said yes, very much. I told him this was just one more brave thing he would have to do. He can’t let the fear win. He got out of the water and walked almost to the door of the house, then turned around and ran into the pool with an exhilarated, smiling leap. He swam into my arms. It was all I could do not to cry. He makes me so proud.

This evening, just before dinner, some neighbor kids came to play with Benji. I told them he’d had a cold, but was feeling better and they could play outside at a healthy distance. The boys eyed Benji and asked if he’d gotten a haircut. Benji bravely said, “No, my hair is falling out all the time now.” His friends understood and were so kind to him, offering to shave their heads and telling him stories about other kids they knew who had gone through chemo treatment. Benji handled himself so beautifully. I’ve offered to shave my head too, but Benji declined my offer immediately. Having a bald mom would be just one more totally weird thing in his world right now. I get that, and I’ll respect his wishes. But I would do it in a second.

I realize that I didn’t take any pictures today, so I will proudly post a shot of Banyan from the Camp Highlands for Boys photo gallery. I have been missing him something fierce this week. The chess set is all set up and ready for his return. He is clearly having the time of his life, and I am so grateful he has the opportunity to be in such a beautiful place with such amazing people, free from worry. Just free.

Since this is a place where I process things, I will also say that there have been several relapses this week in families whose moms are in my online group. This is a fear that I have had an extremely difficult time facing. I choose to ignore its possibility so that I don’t attract any energy whatsoever in that direction. What works for me is reminding myself that Benjamin was so close to achieving remission after Induction. He is receiving the more aggressive path of chemotherapy now because of a differential of just 2 cells per 10,000. This treatment regimen will work. It is working. I have no doubt, truly. Yet the fear still lies somewhere; it has still been planted. Is that possible? The absence of doubt with the presence of fear? I suspect this fear has taken root in every parent who has seen a child through cancer. It will probably just live here with me now, intertwining its branches among my other fears. I can make peace with that. Because somewhere, rooted in the same seed, are the branches that now insist that I live in the moment. Every moment. And that’s a gift for which I will forever be thankful.