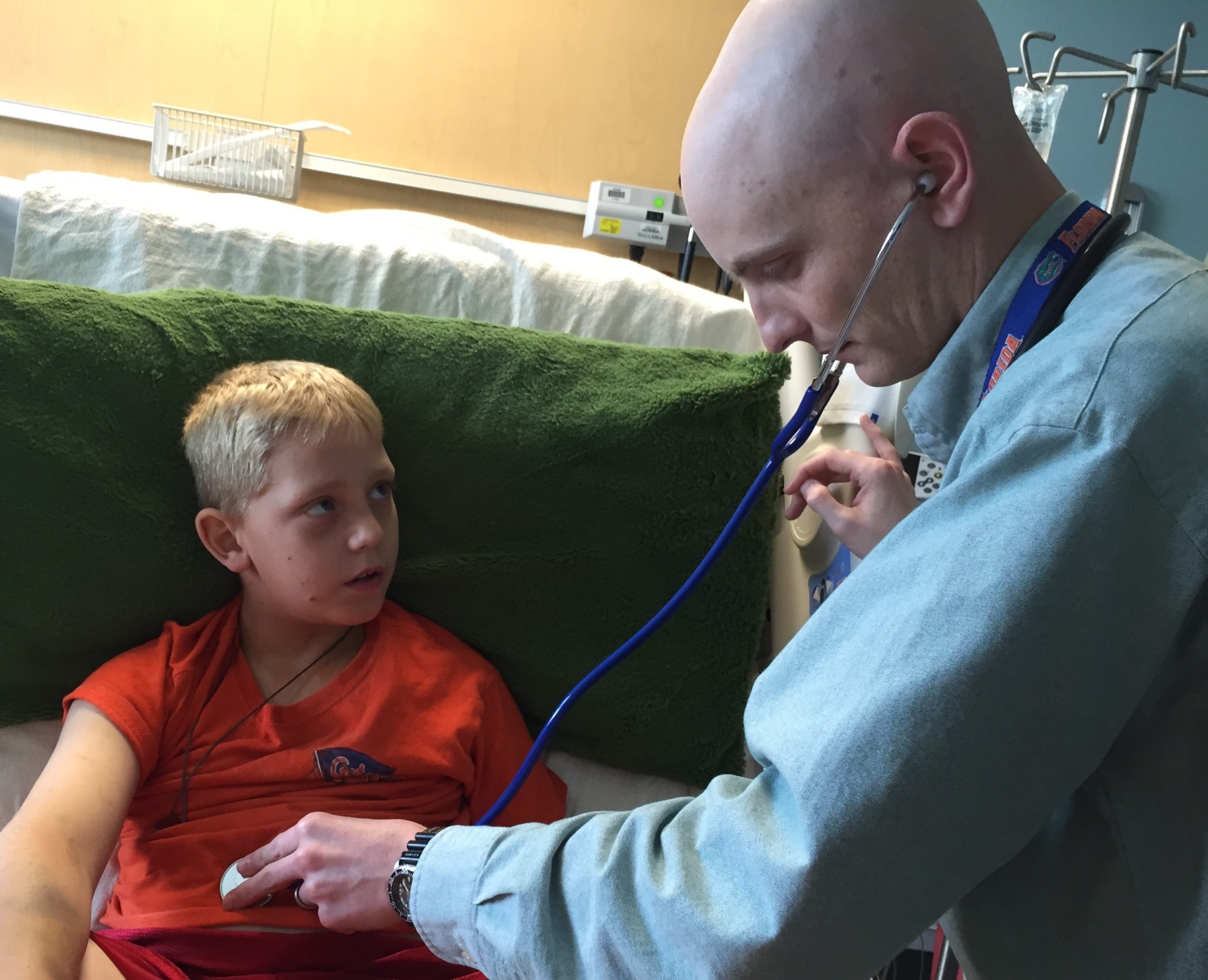 So many phone calls. So many texts and messages. So many cards, letters, acts of kindness. So many sweet things to look at, play with, and eat in this little hospital room. There are way too many people to thank, and we’ll get there…for now please know we feel it, and it’s working.

Yesterday was hard. I think part of the reason so many people are sending so much love is because as parents we all have empathy for someone watching their child go through pain, discomfort, fear, surgery. Benjamin’s recovery from the port insertion, bone marrow aspiration and spinal fluid draw was…trying. There were moments of low oxygen, nausea, etc. that were scary to watch. But through it all, Benjamin’s spirit was sparkly and sweet.

The results of the bone marrow aspiration and spinal fluid draw were hard to process. The very good news was that there were no leukemia cells in the spinal fluid, which is the same fluid that surrounds the brain. This is a relief for obvious reasons and means a standard chemotherapy treatment, rather than a more aggressive one. The results of the bone marrow scan were more daunting, as they revealed that 94% of Benjamin’s bone marrow is infected with leukemia cells. That number sounds huge and ominous and insurmountable, but again, the confidence of Dr. Moore instantly comforted us. He said the number is just a baseline and what he expected, as there were already so many leukemia blasts in the blood. He also said there are many children that have such a high percentage of leukemia cells in their marrow that make a complete recovery. So that’s where we’re headed. Complete health.

It took a while to get Benjamin settled back in our 7th floor home comfortably. He still needed help to get his oxygen regulated, and he was having tummy pain. So it was around dinner time before the nurses started prepping him for chemotherapy. His cocktail of medicine started with a steroid that he will be given until Day 29. Then at about 9pm he was given his first intravenous dose of Vincristine, a strong medicine to kill cancer cells. Most of the night was spent sleeping, somewhat fitfully, as the port placed in Benjamin’s chest hurt pretty badly still. But sleeping nonetheless.

We started Day 2 with great news! We got Benjamin’s daily blood count back; yesterday the percentage of blast cells, or cancer cells, in his blood was 79%. Today it’s 47%!! This strong amazing medicine is working so fast. We know we still have a long way to go to get that 94% of cells in the bone marrow down to zero (that won’t get tested again until Day 29). But we’ll get there. Benjamin is completely himself at the moment and we are all feeling much brighter today.

I’ve given my boy bone marrow soup made with love and healing intentions. He has a room full of cards, balloons, stuffed animals, art supplies, Gator decor, and delicious food. We have (so we’re told) a clean house, folded laundry, business taken care of. Our families and friends are a serious force to be reckoned with. We love you all. We’ll keep you posted. For now, we have a Gator game to watch–and we’re told our Gator doctor may have to make extra rounds in our room during the next few hours.