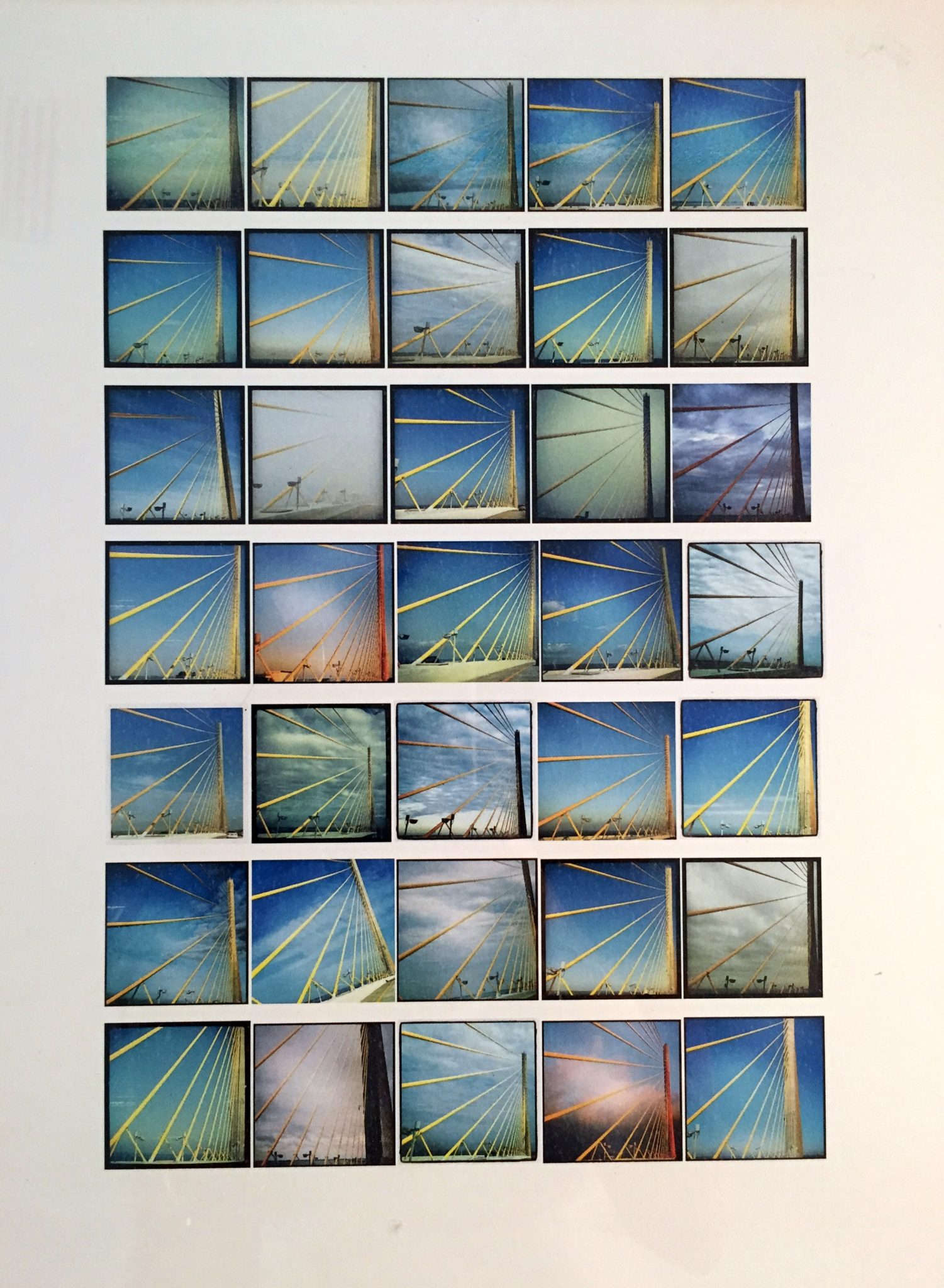 I woke up forty-five minutes before my alarm went off this morning. I had time to pack lunch for Banyan, wash last night’s dishes, and do yoga before getting ready to head over the Skyway. I found myself nervous. I had denied the feeling as long as I could, but it came today, too forcefully to ignore. I grabbed a special stone and put it in my pocket before we left the house. Despite my work on acceptance, and releasing expectations, and living in the moment, I saw inside me a true hope that Benjamin’s counts would be high enough today. I hoped he’d get his bone marrow aspirate. I hoped the sample would be perfect. I couldn’t help it.

I saw signs everywhere. Day 111 of treatment. Surely this is an auspicious number. We counted four bald eagles on our trip over the Sunshine Skyway. Symbols of strength and power*, of course. I climbed in the back to put numbing cream on Benji’s port, should he need anesthesia, and squeezed the last little bit out of the tube. Even this, I took as a sign.

In clinic, we had a nurse we’ve only had two or three times before. She doesn’t know Benji as well as some of the others. She took his complete blood count draw with a finger poke, instead of accessing his port, in case we would be sent home. She counted to three and inserted the needle. He barely blinked. “Has he always been this strong?” she asked, incredulous. Michael and I beamed at each other. Benji rolled his eyes, but couldn’t hide the smile.

I knew as soon as Dr. Oshrine walked back into the room with the complete blood count report in his hand that Benji didn’t “make counts.” (They really should coin a new terminology. “Make counts” sounds like something to strive for, something that is somehow attainable through the patient’s will. It isn’t.) It was Dr. Oshrine’s birthday today, and Benji’s buddy Cody was in the clinic as well, shouting birthday wishes down the hall. The mood was light, and everyone was joking. But the doctor had the look of a man who was about to deliver unwelcome news.

Benjamin’s absolute neutrophil count (ANC) was 137. It’s creeping up slowly, but he’s still profoundly neutropenic, and not where he needs to be for a bone marrow aspirate. Dr. Oshrine’s serious expression was no doubt derived from his experience communicating with parents, rather than any clinical concern. He reiterated for the hundredth time that delays at the end of Consolidation are to be expected, and Benjamin was right where he needed to be. There was no worry in his voice. He also explained something I hadn’t fully understood before today (though I think Michael did): the cytometer that will examine Benji’s bone marrow is designed to measure a percentage of leukemia blasts (or absence thereof) to a visibility of one in ten thousand. So the denominator of the equation matters a lot. A person’s ANC is an indicator of how many blood cells will be in a sample of marrow. A low ANC would mean a smaller pool of cells to examine. So, if they drew Benji’s bone marrow today, a negative result wouldn’t be nearly as reassuring as one drawn from a larger pool of cells next week. After that explanation, we are absolutely comfortable with another break in treatment.

Benji was thrilled. He grabbed a snack from my purse right away (he hadn’t eaten since dinner last night) and quickly realized this meant no clinic for several days. He removed his numbing cream and played on his tablet while we talked to Dr. Oshrine a little longer. We mentioned Benji’s back pain and what I’d read about pancreatitis at this stage of treatment. He told us what to look for, which were thankfully signs we hadn’t seen. After feeling carefully around Benji’s belly and back, pancreatic issues were easily ruled out. We also mentioned the blurry vision. Dr. Oshrine said that while double vision can be a red flag after certain kinds of chemo medicines, blurry vision isn’t usually correlated. I made an appointment with an ophthalmologist for tomorrow.

We were sent home with instructions to return early Tuesday morning to try again. Michael had taken the day off, so we went to lunch, and then he worked at home while I ran errands. When I came back, there was the loveliest gift waiting for me, from one of the many, many amazing people we are blessed to call a friend. It’s a framed print of thirty-five shots of the Skyway we’ve taken on our trips to All Children’s. It is beautiful, and so encouraging. Banyan then filled the house with the laughter of his friends, and Michael’s mother and sister arrived later with yet another delicious meal. We have a few more days to wait for Benji’s bone marrow to tell us how far we’ve come, and where we are going next. But those days are filled with the richest of things.

* “When an eagle appears, you are on notice to be courageous and stretch your limits. Look at things from a new, higher perspective. Be patient with the present; know that the future holds possibilities that you may not yet be able to see.”