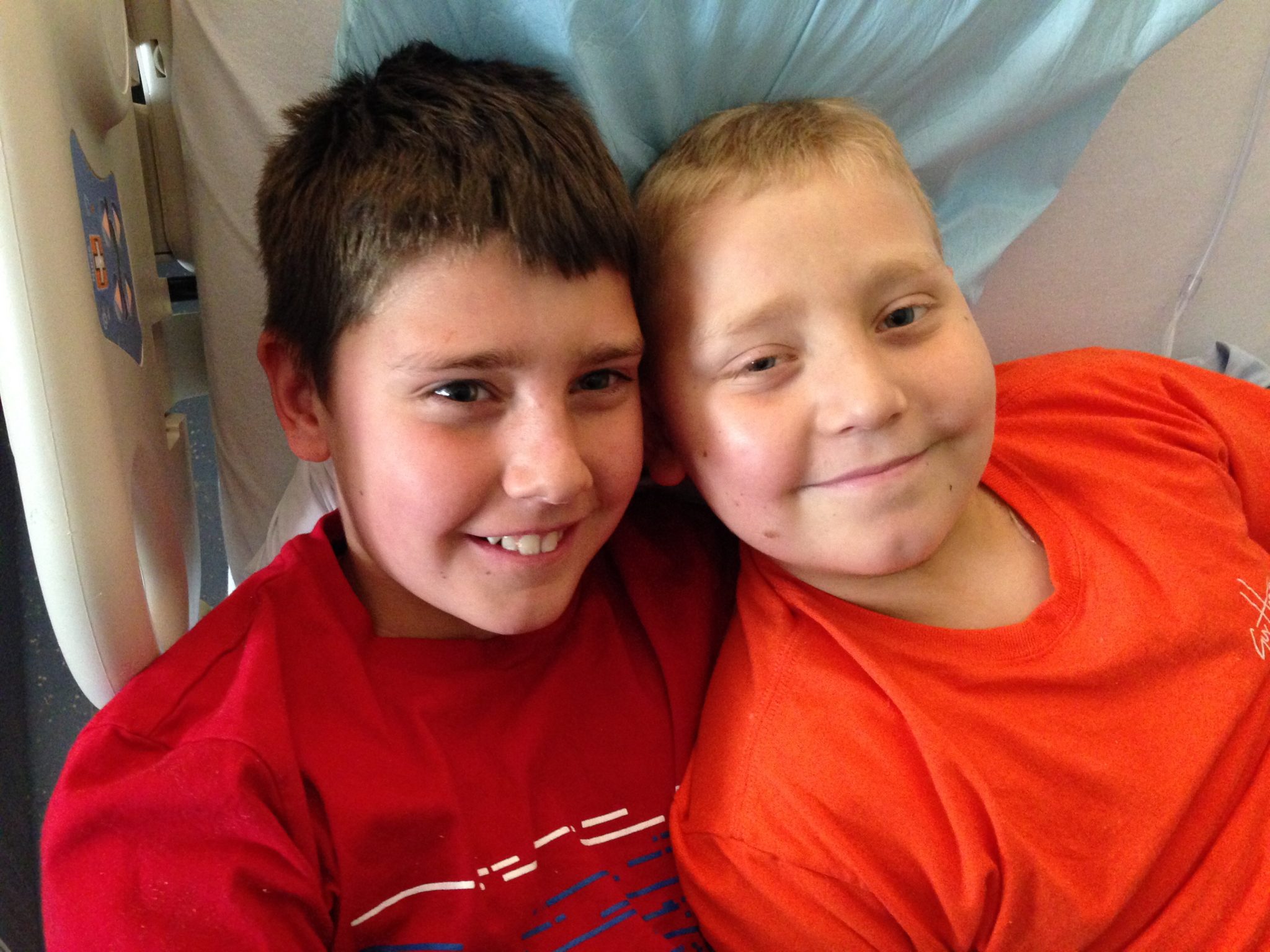 Last night was a long one. Benjamin’s fever spiked again, his heart rate was too fast, and his oxygen was too low. I couldn’t keep my eyes off the monitors.

Benjamin’s heart rate had been high since we were admitted yesterday. I assumed it would regulate after his red blood transfusion; turns out the fever was the culprit. After midnight he got a second dose of Tylenol, and the fever began to go down. His heart rate took longer to regulate, and at about 3, his oxygen started to drop. He was given a second shot of albuterol and then placed on oxygen tubes.

When Benjamin woke up, there were more concerns. He was nauseous, and his urine was not reflecting the amount of hydration he’s been getting intravenously. I requested a urine sample; it came back negative. The team surmised that Benji had a temporary reaction to the antibiotic (Cepefime). By the time Michael came back from the Ronald McDonald House just a little while later, all numbers had regulated, and Benji was feeling good and ready for breakfast.

Benji’s morning blood count came back with lower hemoglobin than I’d expected after a transfusion. His platelets and neutrophils had also gone down. He’ll be getting platelets before midnight, and we’re hoping the hemoglobin holds out until his lumbar puncture tomorrow. The fewer transfusions the better.

Benji has been quietly contemplative about the idea of having other people’s blood in his body. Each time he opens that conversation, I answer with gratitude. He has asked how they know it’s “good” blood. I explain the careful screening process, and emphasize that people who give blood do so out of kindness. It must be good.

We played games this morning and passed the time until our afternoon visit with Grammy, Noni, and Uncle Bob, who brought our Banyan back to us, along with lunch. Throughout the day, Benjamin’s oxygen level continued to dip periodically. We tried several approaches, including more oxygen, an incentive spirometer (which he loved), blowing bubbles, and another dose of albuterol. His cough is much better and he hasn’t needed oxygen for hours.

We’re not sure what tomorrow will bring. A lot will depend on Benjamin’s morning blood draw, which will be taken at about 3am to give time for an extra transfusion if necessary before his lumbar puncture. The rest of his chemotherapy will have to be fit like a puzzle. My hope is for high counts and a late Monday discharge; my goal is to erase expectations.

After everyone left tonight, Benjamin was asked to choose between a shower (and an aqua guard with adhesive that hurts when it’s removed) or sage wipes (which make him feel cold and sticky). It was the last straw tonight. I could see the tears coming and I shared them with him. This is all so much. And he’s handling it so well.

Benji’s laughing again now with the nurse, who just taught us that platelets in Spanish is plaquetas. It’s her favorite word. The plaquetas are being transfused now, and I’m grateful to be lying next to this boy, who is teaching me so much.