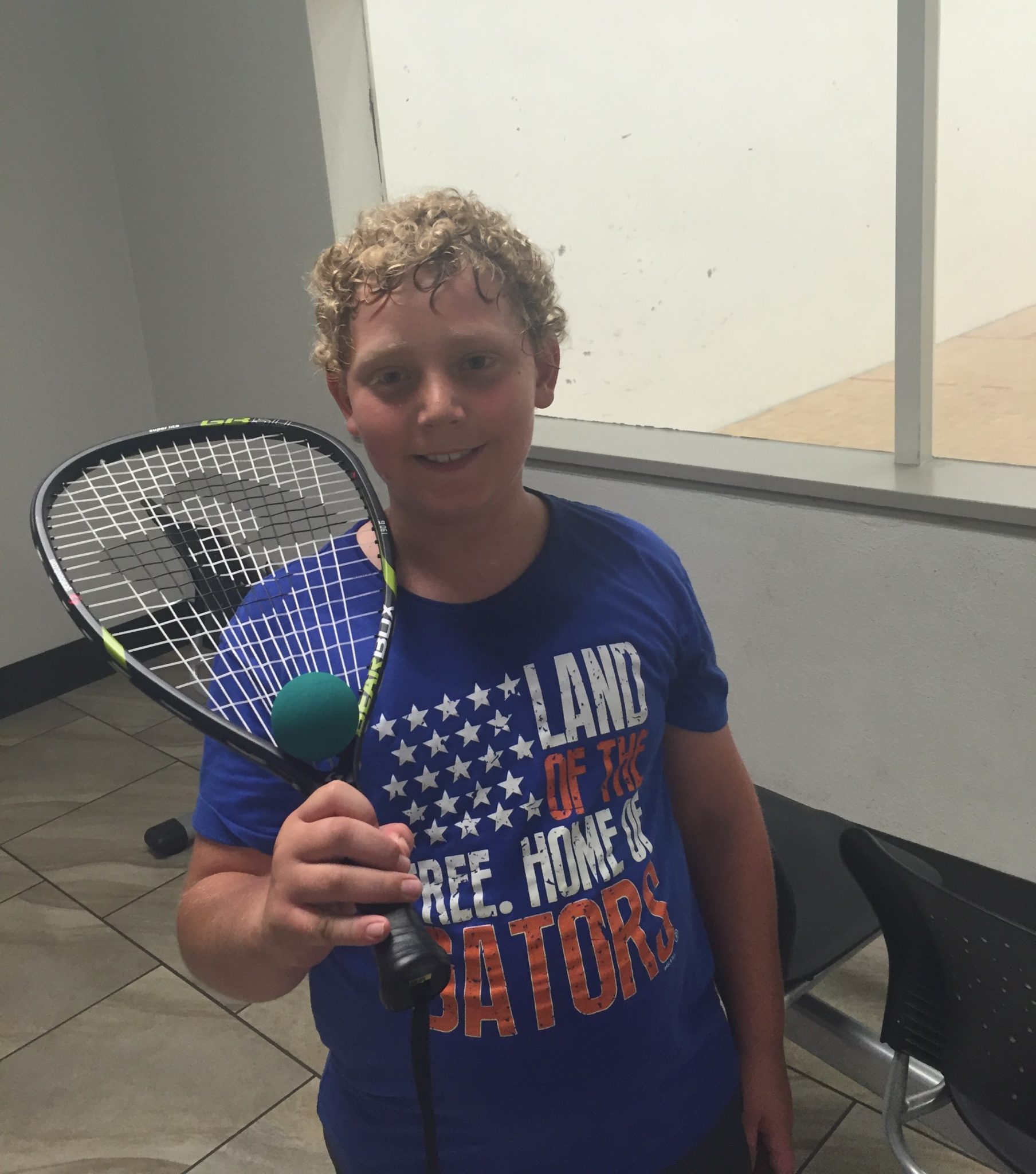 Racquetball is the perfect sport for a child in his post-steroid week. Benjamin and I played for a solid hour tonight while Banyan was at football practice, and the kid did not quit. I had to beg him to take a water break. In racquetball, he can be short-tempered and intense. It is quick, and impulsiveness is rewarded. He can slam the ball as hard as he wants to. The sound of the ball is loud and gratifying. It helps him sweat profusely, flushing out toxins. It is an outlet for everything in his body that needs to come out. I love playing with him. Of course, neither of us quite know the rules, but we have a great time just the same.

We sent Dr. Grana a photo of Benjamin’s toe this morning, but we didn’t hear back from her. I’m not sure she checks her patient portal email that frequently. I will call the clinic tomorrow. But after speaking with a nurse friend of mine tonight, I feel much better about things. We soaked his foot in epsom salt and melaleuca oil tonight and have kept it very clean. It is starting to look better. No redness, no warmth, and still, thankfully, no fever.

I have been completely and totally inspired by the work of Brandon Stanton these last two weeks. Mr. Stanton is the founder of Humans of New York, and for the last fourteen days, he has focused his efforts on helping raise funds for Memorial Sloan Kettering Cancer Center‘s pediatric cancer research facility. Our sweet friend Hudson was treated at Sloan (among other places, like All Children’s). The New York hospital is often the place parents go when they are desperate, when no one else will give them a chance. They are on the cutting edge of new research and clinical trials. They welcome the rarest of cases with open arms.

The National Cancer Institute’s funding for pediatric cancer clinical trials is about $26.4 million (out of an annual budget of $5.21 billion–inexcusable). Yet in just two weeks, Brandon Stanton and Humans of New York have raised over $3 million. One man, with one vision, has just increased the pediatric cancer research budget–of the entire country–by more than 10%. Wow.