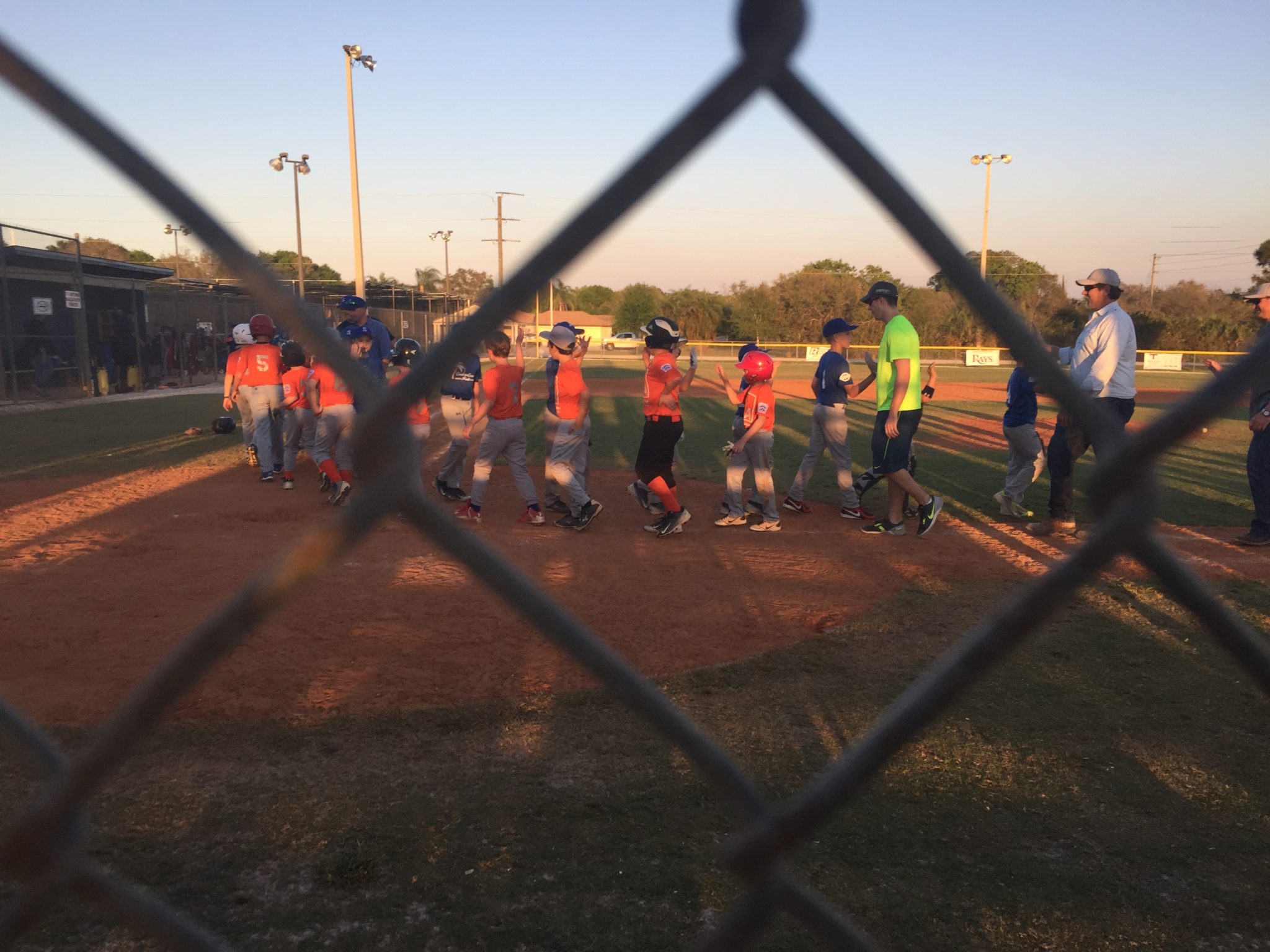 Today, our favorite baseball team, the Tampa Bay Rays, had the honor of playing the Cuban national team as part of a diplomatic and highly publicized trip by President Obama to the country. We talked about it a lot in our house. Baseball unified two countries today. It was much more than just a game.

Tonight, after Benji’s little league team lost their fourth game in a row, I was feeling so frustrated for them. But when the kids line up for high fives, there were smiles all around. They love this sport. They love to be outside on the field at sunset. They love sunflower seeds in the dugout. It’s just a game, but it really does unify people.

Benji was so tired after school. When he was changing into his baseball uniform, He said, “I can’t tell you how much I just want to take a nap.” I gave him permission to do so, of course. I told him we could tell Coach he wasn’t feeling well, and we needed to sit this one out. He rejected that idea immediately. He suited up and napped in the car on the way to get Banyan, a solid fifteen minutes of rejuvenation.

Benjamin had made his decision, so I decided not to tell his coach he’d been tired the last few days. I did mention it to the coach’s wife in the bleachers though. She felt it was important that he knew. She told him, but it didn’t matter. As soon as Benji was out on the field warming up, his energy returned. He batted in another run today and played hard in their losing effort.

Benji’s coach has said that he intends to treat Benji just like the other players. If he comes to play, he comes to play. He won’t be treated any differently. That means a lot to me, and I know it means the world to Benji. I feel so grateful that one of Benji’s mentors is a childhood cancer survivor. They can relate to each other in a unique and special way, while speaking the language of a game they both enjoy.

Love is the most important thing in the world, but baseball is pretty good, too. ~Yogi Berra