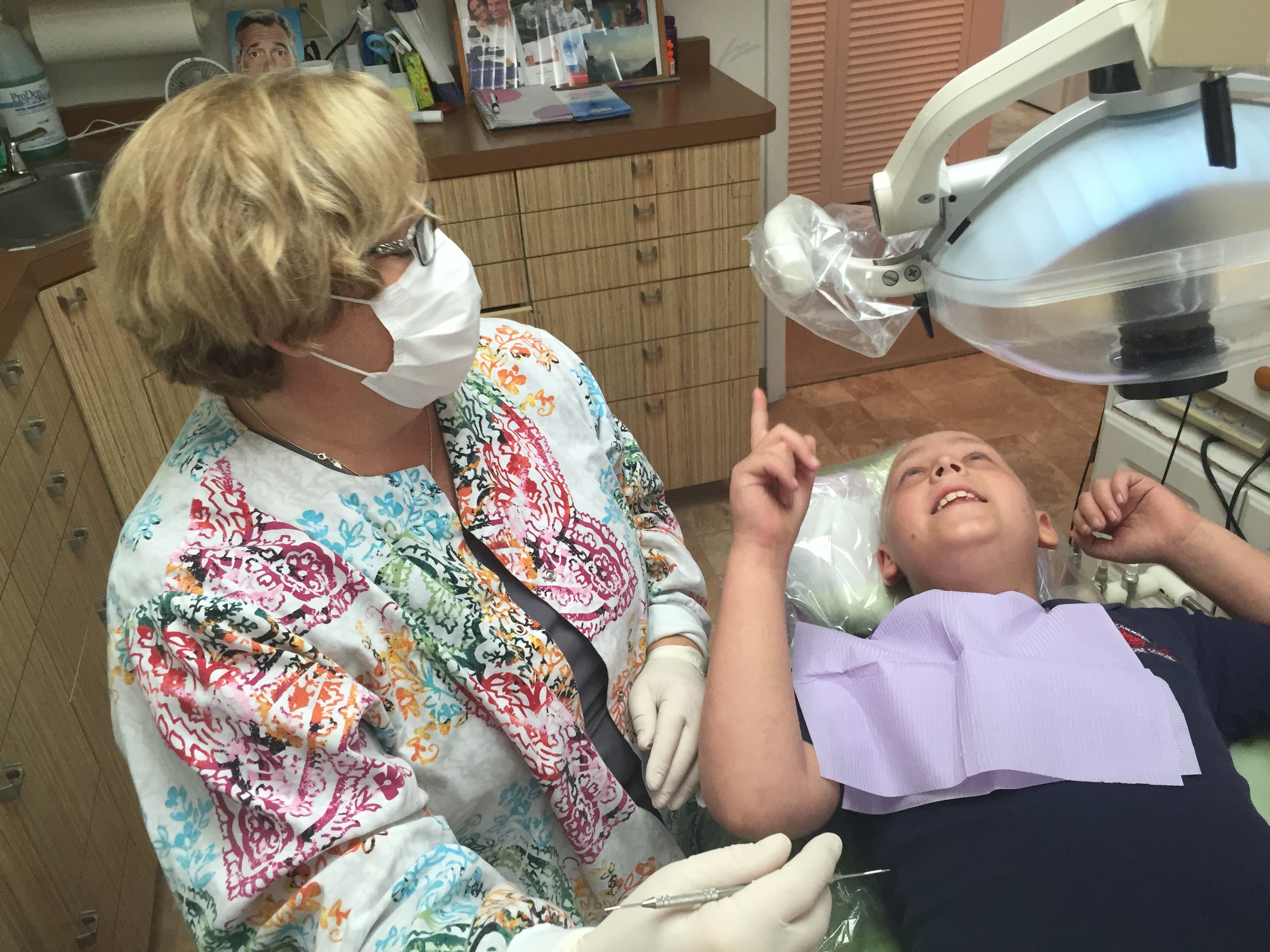 Benjamin woke with another tummy ache today. He knew he had to go to the dentist mid-morning and begged to stay home from school until at least after the appointment. Michael and I studied his face, his eyes. We could tell he just needed a break. I drew him a bath, added his detox salts, texted his teacher and called the clinic.

We took Banyan to school and came home to rest before Benjamin’s dentist’s appointment. By then his appetite was healthy and he ate a nice breakfast. His spirits were much improved. Rest.

A trip to the dentist seems like an ordinary affair, but it was kind of a big deal for us today. Benjamin hasn’t been in over a year. Even though oral care is paramount during cancer treatment, his oncologists recommended we wait until maintenance for a cleaning. During front line treatment his immunity was too low; they worried about the potential for bacterial infection. Now, he’s more protected.

I really can’t say enough about Benji’s dentist and her fabulous hygienist Lisa. We are friends. When Benjamin was diagnosed, it was Dr. Glori who gave me the recipe for the mouthwash we’ve used every day since. Aside from the three weeks of Methotrexate toxicity Benjamin experienced, he hasn’t had a single mouth sore. Today, Lisa cleaned his teeth carefully and made him feel comfortable and respected. Dr. Glori came in and felt his jaw, his neck (“lymph nerds” as Benji called them), his throat, and examined his teeth and gums. She was almost in tears when her exam was over. She said that Benji’s mouth looked perfect. She explained that the parotid glands are frequently infected and inflamed during chemotherapy, and that Benji’s felt fantastic. His adult enamel has not been affected by the chemo at all. She said we’d have to keep an eye on the molars coming in, because adult teeth are formed by whatever is inside the body at the time; sometimes chemo can cause discoloration like rings on a tree. This explained a lot. Benjamin’s fingernails have had odd striations in them since heavy chemo began. The rings on the tree analogy is perfect.

Dr. Glori praised us for the detoxification regimen we’ve implemented at home. I was so happy for Benjamin to hear her words, and I felt very proud of what we’ve accomplished. I am fully aware that we will not know the breadth and depth of the effects of these medicines on Benji’s body for many years. But today felt like a small victory. One battle down.

Benji felt great after his appointment and went to school for the rest of the day. After pick-up, we went to Sarasota Middle to walk through the art gallery and examine Banyan’s science project among the collection. By the time we left, the boys were the only two on campus. They tossed their lunchboxes back and forth like footballs, laughing and running at full speed. Happy. Healthy.

As were were leaving Sarasota, a nurse from the clinic finally called back, nearly eight hours later. She recommended checking back in tomorrow morning with a report on Benjamin’s pain and bruising. My worries had already dissipated by this point. Benji’s gums had started to bleed a little during his dental cleaning, but the bleeding stopped immediately. That answered the platelet question. And the excitement about school and subsequent lunchbox football assuaged my fears about his belly pain.

I talked to a good friend today who has also experienced a tenuous period of health with her son. She articulated what I’ve been experiencing so clearly. This is December, and I’m noticing bruising. Last December, I noticed bruising. I know it isn’t logical to be afraid of the bruising this time, but logic doesn’t always win. There is a bit of post traumatic stress kicking in, and it’s completely understandable. We breathe in, we breathe out. We hold our breath sometimes, then we deeply exhale. We celebrate the victories. And we keep on breathing.