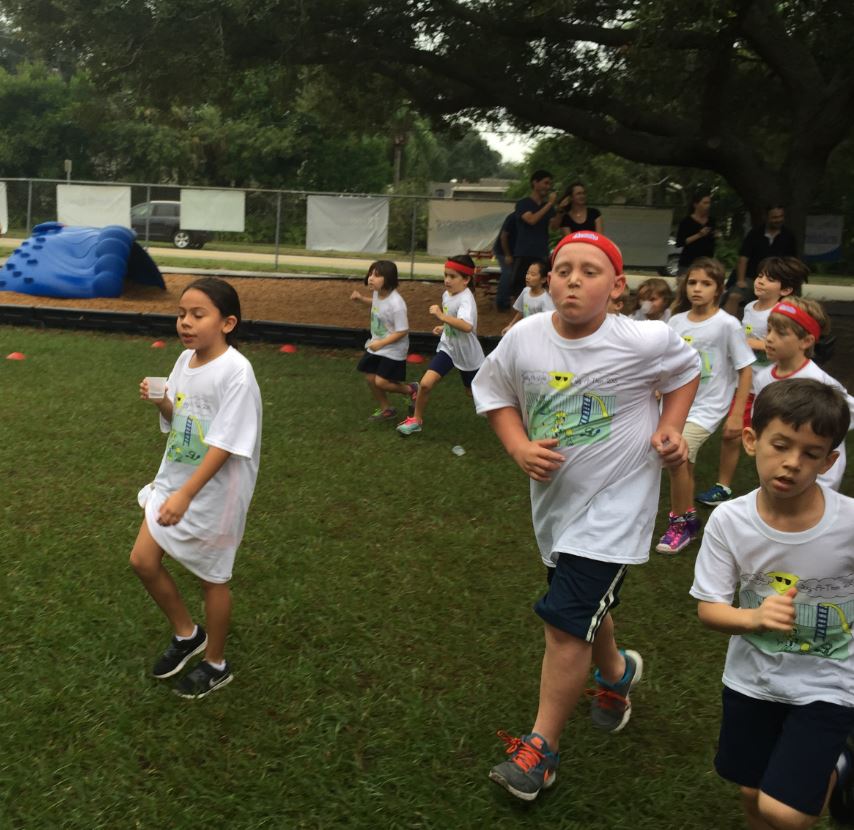 Last night, I wrote that Benjamin wouldn’t run all of his laps in this morning’s Jog-a-thon. I was right, he didn’t run all of them; he ran more than all of them. Thirty-five laps was the maximum allowed. My boy ran thirty-eight.

I was not expecting this surge of physical stamina, and I don’t think Benjamin was either. During our Friday morning bagel run, a fellow Southside parent asked Benji how many laps he thought he’d run. Benji answered with two. A month ago he could hardly walk any distance at all. A week ago he was self conscious about running to first base. But today, he kept right up with his pack, all the way to the end of the race.

I have been to nine Jog-a-thon’s now, in total. Nine. These fundraisers are old news for me. I wasn’t expecting the emotions to come flooding this morning, but they did. Benjamin showed such energy and determination–and then such pride and happiness–it was subtle, but it was huge.