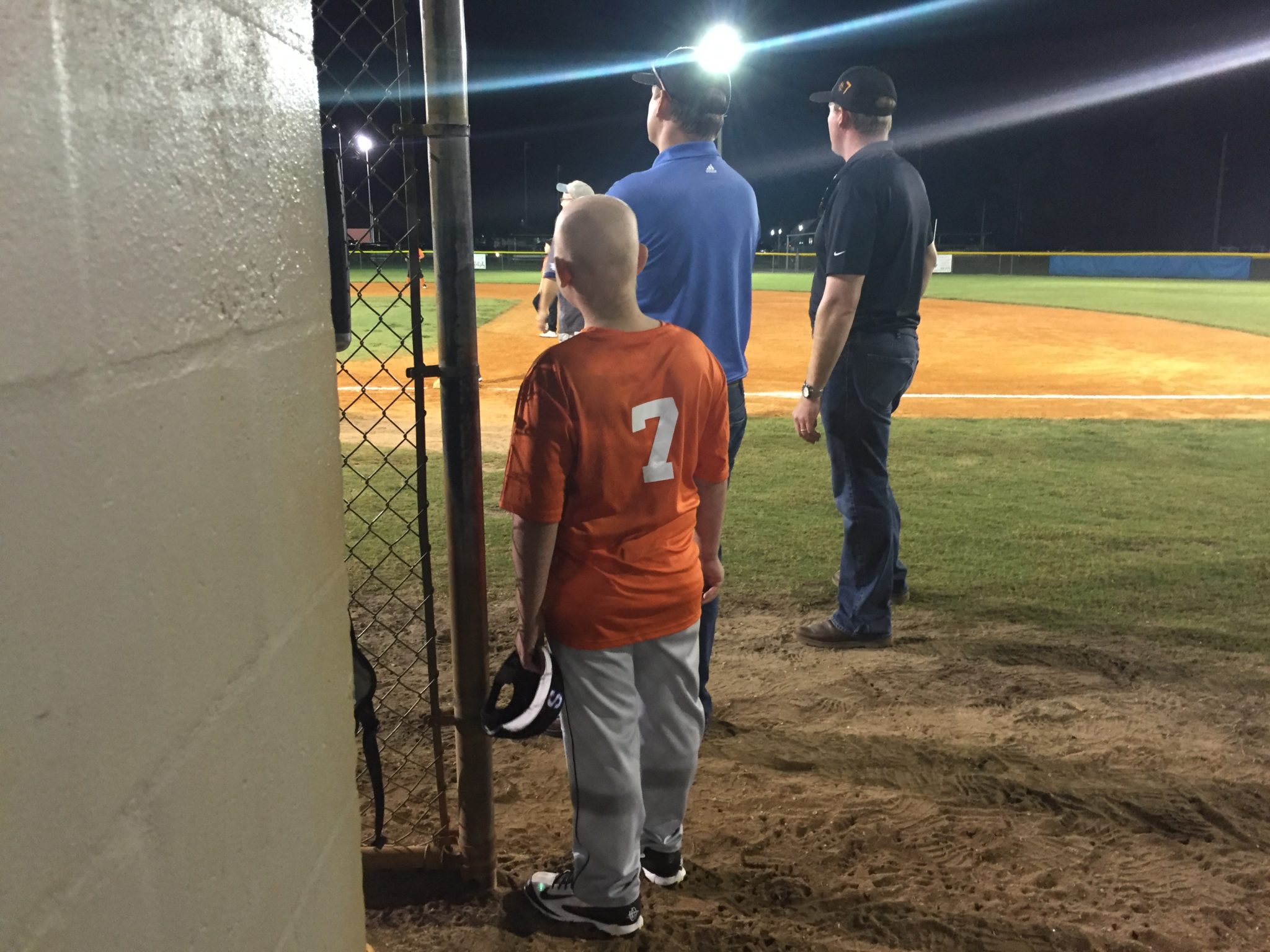 I was thankful this morning for Daylight Savings Time. It meant my friend and I could bear witness to the sunrise again as we walked over the Ringling Bridge. It was gorgeous (although unseasonably hot) and I came home just as Michael was ready to walk out the door. The boys were both still asleep. These are my favorite mornings. I can have a nice hearty breakfast waiting for them when they wake up.

Banyan was grateful for unexpected banana pancakes, but Benjamin refused. He seemed down from the starting gate this morning. He was somber and quiet. Nothing in the kitchen appealed to him, which is highly unusual in the weeks following steroids. He perked up a little doing a fun morning writing assignment, but otherwise, he was just not himself. Before we left for school, he took his first oral dose of Methotrexate. Eleven tiny yellow pills. He instantly asked about the color. I assured him these would not make him feel the way he felt after the intravenous variety. I believed this, but I think my voice sounded nervous. I told him it was a good idea for him to heavily hydrate throughout the day, and he listened. He drank two full glasses of water before leaving the house, and filled his water bottle twice at school.

I dropped Banyan at the bus stop and then parked and walked Benji to class. I told Mrs. Smith about the oral Methotrexate, hoping I wouldn’t worry her; she took it in stride. She always tells me if anything seems out of place and I so much appreciate that partnership. I asked her to remind him to stay hydrated throughout the day, and to watch especially for tummy pain, the first sign that something was wrong after his last intravenous administration. I told them both I’d come check on Benji in a few hours.

After another productive morning, I picked up Benji’s favorite sandwich and brought it to him during his lunch break. I checked in with Mrs. Smith as she was walking the rest of her class to the cafeteria. She said Benji didn’t need reminders on the hydration, and there was no tummy pain at all, but she said he’d been quiet all morning and seemed unhappy. I hadn’t even told her he was acting that way at breakfast. I asked myself if the return back to school was overwhelming for him, even though I knew he desperately wanted to be there. We enjoyed our lunch together, and he rejoined his classmates. When I picked Benji up at the end of the day, he was happier, but totally exhausted.

Benji’s baseball team played the first of their last three games tonight. We planned to go. Benji wasn’t quite ready to run, but we’d talked to his coach about the possibility of Benji helping in the dugout, and preparing for practice on Friday. When I saw Benji’s status after school, I was unsure. I told him that we absolutely didn’t have to go to baseball, and that he could rest at home for the afternoon, but he was determined. As he changed out of his school uniform and into his baseball uniform, he gained a certain spark I hadn’t seen all day. We stopped for smoothies on the way to get Banyan, and by the time we arrived at middle school, Benji was much more himself. It felt good to hear him laugh.

We saw two bald eagles as we drove into the baseball complex. It was nice to be back. Coach Steve had a great assistant tonight; Benji caught balls during batting practice, kept pitch count, and cheered his team on to a victory. We hugged many friends that have been very good to us these last few weeks. On Friday, he will practice, and if he feels up to it, he can play in Saturday’s game.

Leaving baseball well after 7pm does not fit into chemotherapy’s schedule. Dinner is tricky on these weeknights as it is, and we want to avoid waking Benji up for pills if at all possible. The boys both had to shower and complete computer assignments as well, which meant taking turns and careful timing. So, we did what hundreds of thousands of other American families would do: we bought them chicken sandwiches and french fries at a fast food restaurant. All homework was completed and Benji was able to take his medicine before falling asleep. There will be plenty of baseball games in our future that will be played while the crock pot stays warm at home. Tonight, I’m thankful for modern conveniences. And for baseball.