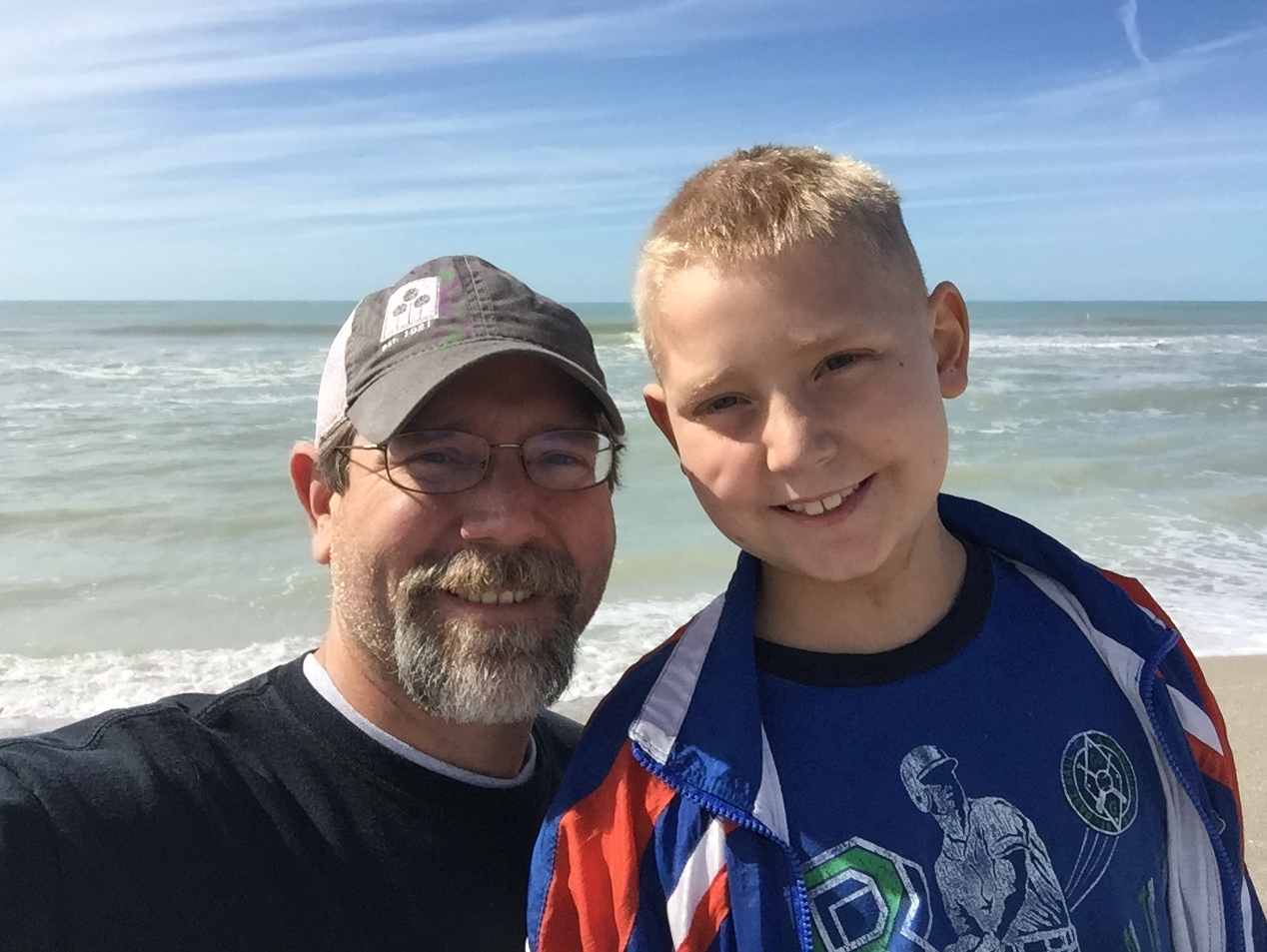 Benjamin felt really good today. Kind, energetic, hungry and cracking jokes all day long. I was thankful for the timing, as big brother Banyan had a chess tournament this afternoon. He and I started the chess club at his school together, and I’ve grown to love those kids a whole bunch. My letting go of coaching the club weekly has been difficult for both of us. It was important for me to be there today.  I was able to go without guilt, leaving a happy boy in the hands of an extremely devoted daddy.

Michael took Benjamin down to Venice. They stopped at the soda fountain restaurant he requested, met Grammy and Noni at Great Grandma Ruth and Great Grandpa Al’s house, and walked along Venice Beach. They saw a sea cucumber and a sea urchin. Benji felt another gorgeous January Sarasota day on his skin.

While Banyan rode to the chess tournament with a friend, I stocked up at Whole Foods–turmeric, ginger, pineapple, goji berries–my weekly grasp for control. I met him at the tournament after his first round. I wasn’t nervous walking in like I had been at the boys’ school last week, even though I knew I’d see many familiar faces for the first time since Benjamin’s diagnosis. I was just excited to see Banyan play the game he loves, and to be a chess coach again for a few hours.

I did answer lots of questions about Benjamin, his treatment, his prognosis, etc. The most common question from kids: “How’s Benji feeling?” From adults, it’s: “How did you figure this out?” I think the word “leukemia” has shocked a lot of parents in our village. Knowing what to look for may be offering them a measure of control they need as well.  Some parents feel the need to tell me that he’ll be just fine, things will be okay, he’ll make a complete recovery. While I deeply appreciate these words of kindness, I don’t need to hear them. I have absolutely zero doubt in my being that they are true.

Banyan won four out of his five matches soundly, and brought home a nice sized trophy. Our school took first place as a team (for the third time in two years but who’s counting). As we left, Benji called Banyan to congratulate him. We came home and heated up another gifted meal. I tucked Benjamin in with a long story. He’s probably dreaming about sea cucumbers now. It was a sweet, sweet Sunday.