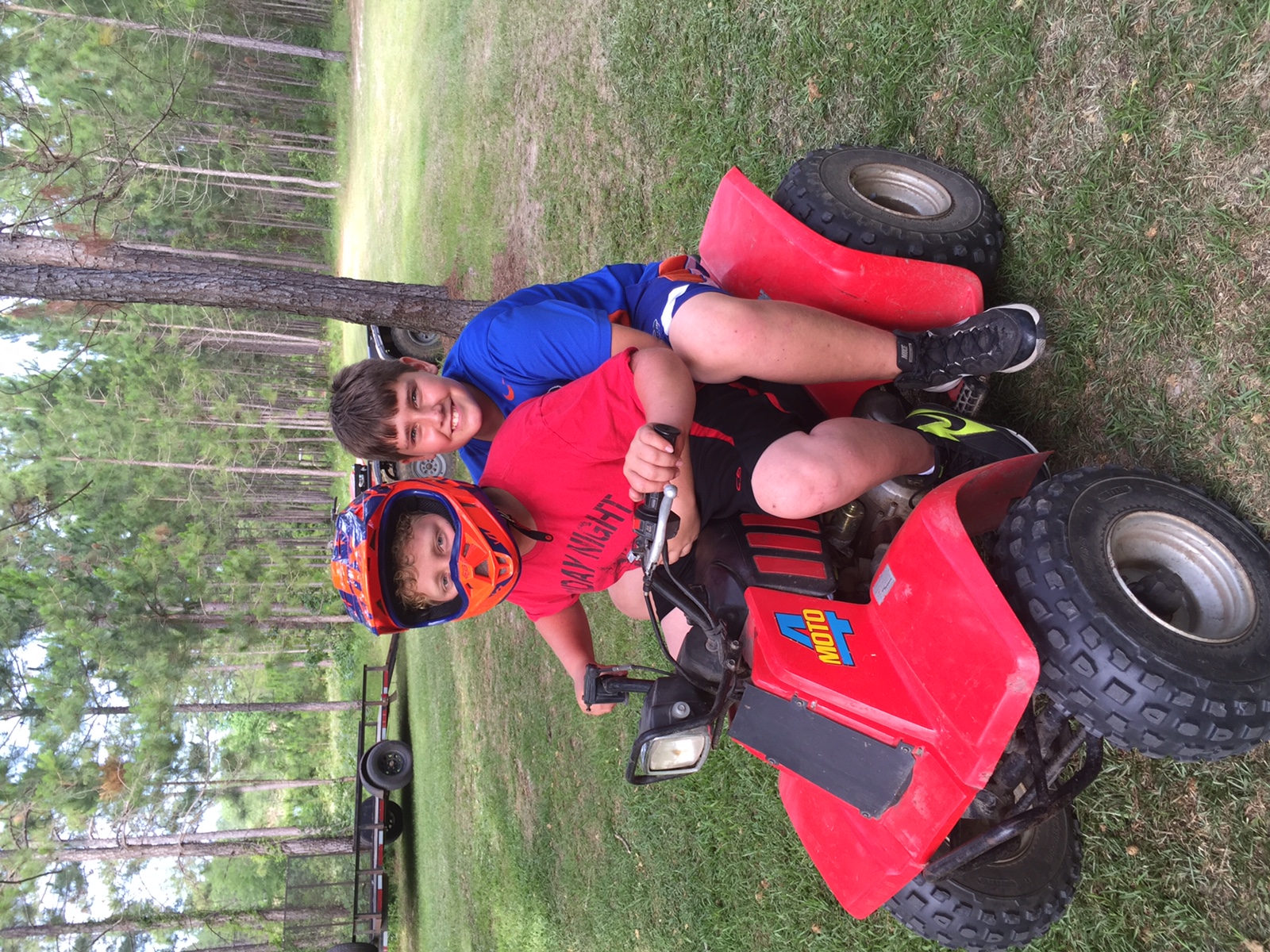 There are lessons to be learned every day, everywhere. I am paying attention.

This has been an interesting Georgia trip. Behind the forefront of beautiful family gatherings and summer skies, a comedy of errors is unfolding, where one mechanical thing after another is having technical difficulties. Michael and I have each had our moments of complaint today. But what ultimately evolved was a renewed sense of gratitude. Things break down and need repair, and sometimes all at once. Who cares. We are here, in this place, with two healthy children. We were not here last year. We are thankful.

The family reunion was sweet today. Benji had a moment of stomach pain this morning that made him stop and catch his breath, but it dissipated and we were on our way. The guest of honor, Michael’s grandmother, is an amazing and inspiring woman (that’s such an understatement). Kathy and her sisters had set up a sweet table for Grandma during the meal, with chairs for family members who wished to spend some time with her. I took the opportunity.

As I was telling Grandma how honored and thankful I was to be part of her family, she turned the tables on me, making my heart swell up and my tears threaten to spill. She said she was proud of me. Proud of us, proud of our children. She recognized our love as unconditional. She said so many kind things.

Grandma talked about the time in her life when she cared for her son, Michael’s uncle, through his cancer. It took his life  several years ago. She spoke of the determination with which they tackled his diagnosis. She said she’d told him they would give this everything they had; and they did. I was able to relate to this powerhouse of a woman in a new light.

Grandma also told me that she has laid her hands on the photos of Benji that accompany these journal entries and prayed over him, quite often, touching his face. No wonder he’s doing so well.

Banyan had a super day, all things considered. He heard from his football teammates that they’d lost the championship game without him. He was pretty bummed. Also, his leg wound restricted his water slide time. But he made the absolute most of it. He was helpful without being asked, he was polite, he created a happy attitude. As Michael’s aunt Cindy said, “you can get happy in the same drawers you got upset in.” That’s the lesson of the day, for sure!