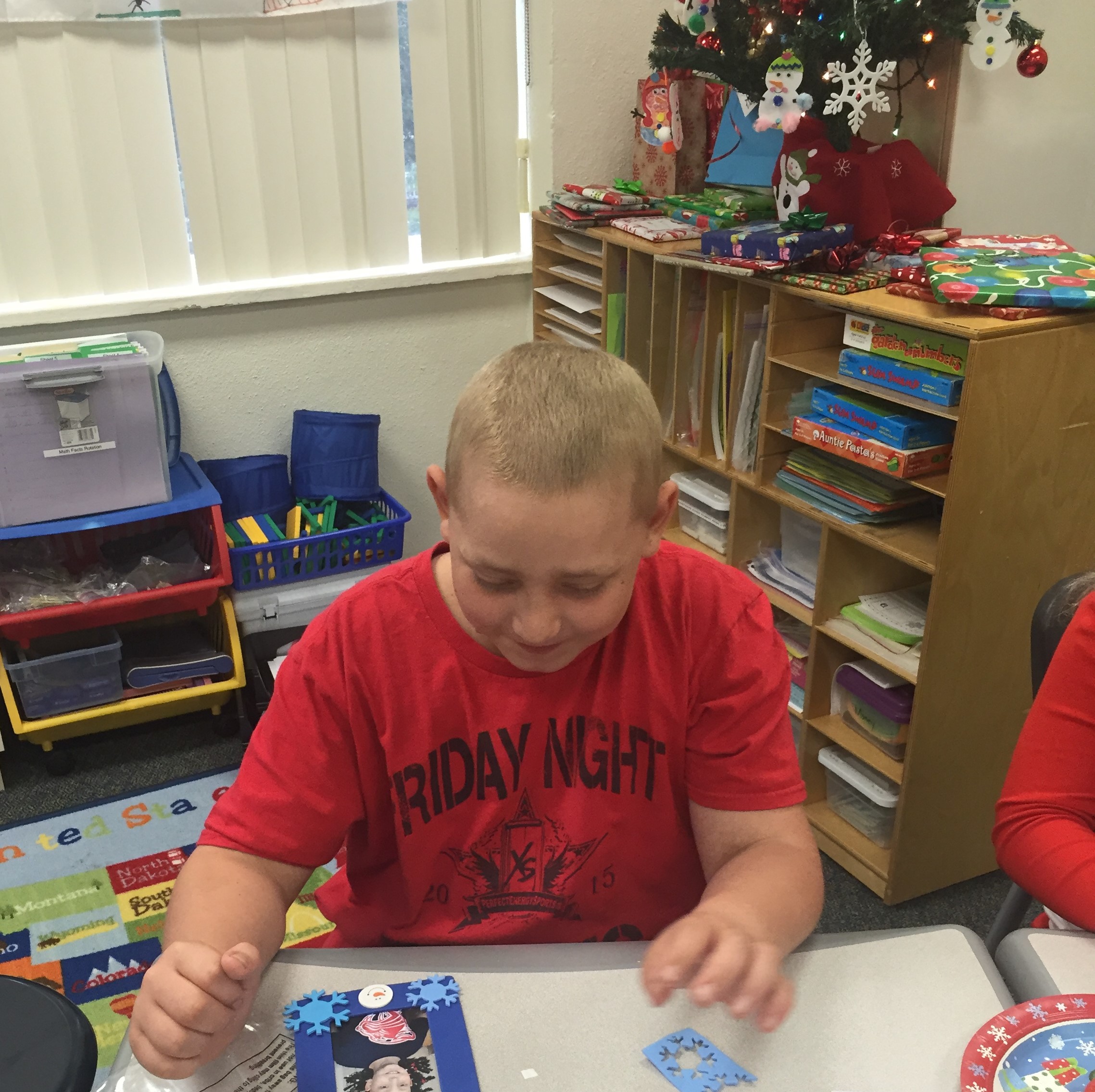 The festivities continued this morning. Banyan had a fun day planned at middle school, and Benjamin’s class holiday pajama party was this morning. I stuck around to volunteer. He had such a good time making his Christmas crafts and playing games his friends. He received a book of all of the kind words his friends had written about him for his birthday. The words nice, funny and brave were repeated the most frequently. Unlike the last time he got a bundle of letters from his friends, this time there wasn’t a single mention of cancer or the hospital. Excellent. My favorite line was “I hope you have a spectakalur cake.”

After school, the boys and I went to the office to catch the tail end of the company party. The boys were playing outside as the staff was talking and enjoying catching up with each other. Just as we were about to leave, Benjamin hurt his finger. Badly. For a moment I thought it might be broken. It looked misshapen. I was packing my hospital bag in my mind. But he was able to move his finger in all directions. Everyone assured me it wasn’t broken, it was just swelling, and they helped Benji get some ice right away. We said our goodbyes and took him home. I gave him some arnica and cleaned his finger and applied lavender to it, then he snuggled in with Michael while I went to get him a splint. He is comfortable now. Exhale.

While I am so relieved that we are not in the hospital right now, I realized that my reaction to the prospect of the ER was a calm one. If that is what was needed, then that is what we would do, no sense being upset by it. These last 350 days have certainly taught us to roll with the punches. That said, I think we’ve spent about enough time in the hospital this year. This boy has a birthday to celebrate.

I checked in with my online moms group to see if there was anything I was missing. I learned that osteopenia is much more common with children on cancer treatment, especially because of the repetitive use of steroids. Their bone density can be lower than optimal, making the bones more likely to break. This sent me into research mode. When we go to clinic Monday, I will ask the oncologist if an x-ray is needed. I’ll also be incorporating more calcium, magnesium, and Vitamins D and K into Benji’s diet. And bone broth, of course.

Tomorrow we will celebrate Benji’s upcoming birthday with family and friends. There is a chill in the air for the first time this December. It should be the perfect night for a fire, roasted marshmallows, and hot chocolate. And a spectakalur cake for my boy.