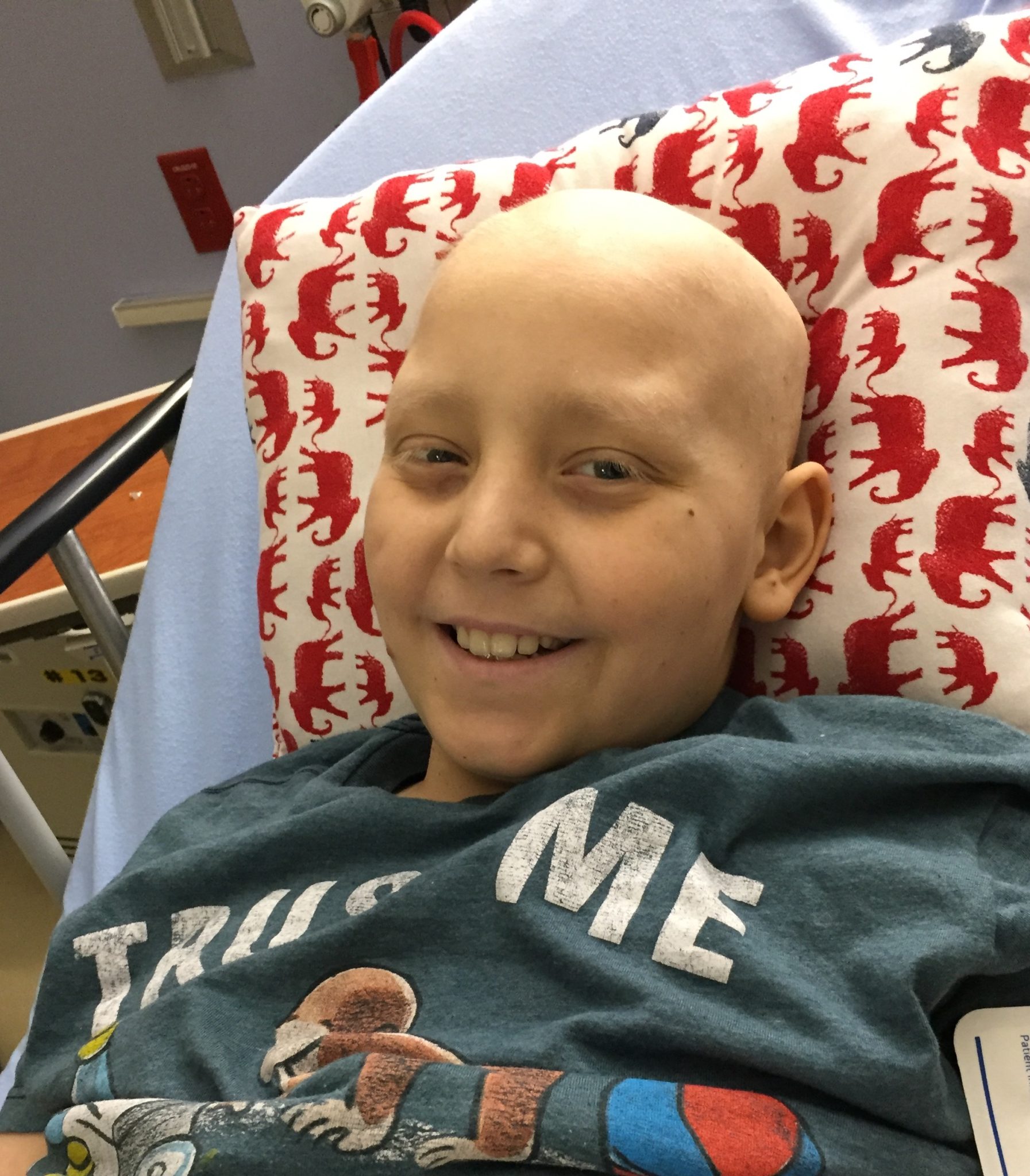 We are in the waiting space.  We have been here five times before. I wish I weren’t used to this but I am, and the blessing therein is perspective. The waiting isn’t the hardest part anymore. There is a strange comfort in the waiting now. I know how this feels. What comes next, I have no idea.

Benjamin slept for nearly twelve hours last night. I think the hydration made his body feel stronger and able to rest. I woke up at shift change and wasn’t surprised a bit to see the same trends as last week in Benji’s labs, and not what yesterday’s numbers suggested. Seventeen percent of Benji’s circulating blood is leukemic. His platelets are down to 8,000 and his hemoglobin was way down to 7.3. Our nurse explained that all of these numbers are much more accurate than yesterday’s results because Benji is hydrated now. It was disappointing only because I allowed myself to believe that maybe something crazy had happened, maybe the Intotuzumab had a huge last minute surge over the weekend. Still, the trends are good trends. The numbers are heading in the right direction. Slowly.

While I waited for Benjamin to wake up I did some yoga to quiet my brain. I thought about how to focus my energy. No amount of fear or anxiety or prayer or hope would affect the results of today’s bone marrow aspirate. I knew that. As I raised my arms into mountain pose above my head, my hands felt something soft. I looked up; I was touching the prayer flags I’d tied together when Benji was diagnosed. The intention in those many knots was clear, and our intention and focus is just as strong today: whatever the results of this aspirate may be, a clear path toward Benjamin’s perfect healing will follow.

Michael and Banyan walked through the door just as Benjamin woke up for the day. We only had to wait an hour or so before the transport team was here to take Benji down to surgery. We all walked down to pre-op together. We went through the usual questions, the usual anesthesia consult, the usual requests. When it was Benjamin’s turn to be taken back, Banyan and Michael kissed him goodbye and I walked down the stark shiny hallway next to his rolling bed.

I watched Benjamin speak up for himself, asking for the oxygen tubes to be placed in his nostrils after he was asleep. I watched him get comfortable and saw his eyes follow the propofol into the tube that would carry it into his body. I watched his telltale yawn and kissed his perfect head goodnight. Before I left, I did something I’ve never done before, something I didn’t think about until I walked away. I leaned down and kissed his hip. It was an impulse, a piece of his skin that was exposed–but it was also the place where the aspirate would be taken.

One of my least favorite physicians was doing the procedure today. She’s kind enough, but she seems completely disinterested in Benjamin, and has, for the most part, since his diagnosis. Typically the physicians greet me warmly as soon as I walk into the operating room. She never turned away from her computer (which, I saw without effort, showed an advertisement for a continuing education course–real pressing stuff). As I walked out, I thanked the nurses, and thanked the physician loudly by name, causing her to turn and make eye contact. It’s so important to me.

Michael and Banyan were waiting for me in the hall with the pager. We walked down to the cafeteria for coffee and hot chocolate and then came back up to wait for the beep. It went off much earlier than usual. When we went back to the unit, we were told to wait in a consult room–something that has never happened before for a bone marrow aspirate. Michael and I were both very nervous, and Banyan was totally vibing it. Finally a nurse came by to take us to recovery. Benji was completely fine, they had just wanted to make sure he wasn’t taken up to 7 South without us (which is what happened last time). It was a big relief, but a heads up as we were taken to the consult room would have been nice.

We were all there when Benjamin opened his eyes. He was so sweet, answering the nurse’s questions with little nods and closing his eyes again. The site of his aspirate was dressed with a thorough pressure dressing. All of his vital signs were perfect. We went back upstairs. Once Benjamin was settled into his seventh floor bed, he slept soundly for the next three hours.

Benji didn’t feel well when he finally woke up. He vomited almost immediately. Fortunately it was an isolated incident. He felt pain in his belly but he was able to take his pills and keep them down. He also ate a few bites of dinner tonight. The feeding tube was mentioned again today at morning rounds, but I emphatically declined. I just don’t think it’s time for that yet. I am seeing signs of improvement. I hope I’m right.

In the coming days we expect a long conversation with Dr. Oshrine. We’ll learn the results of the bone marrow aspirate, specifically how infected Benjamin’s marrow is with leukemia and what proteins remain on the surfaces of his cells. This information will help Dr. Oshrine direct us as to what’s next in Benjamin’s treatment plan. Our intention and focus is strong. Whatever the results of this aspirate may be, a clear path toward his perfect healing will follow.