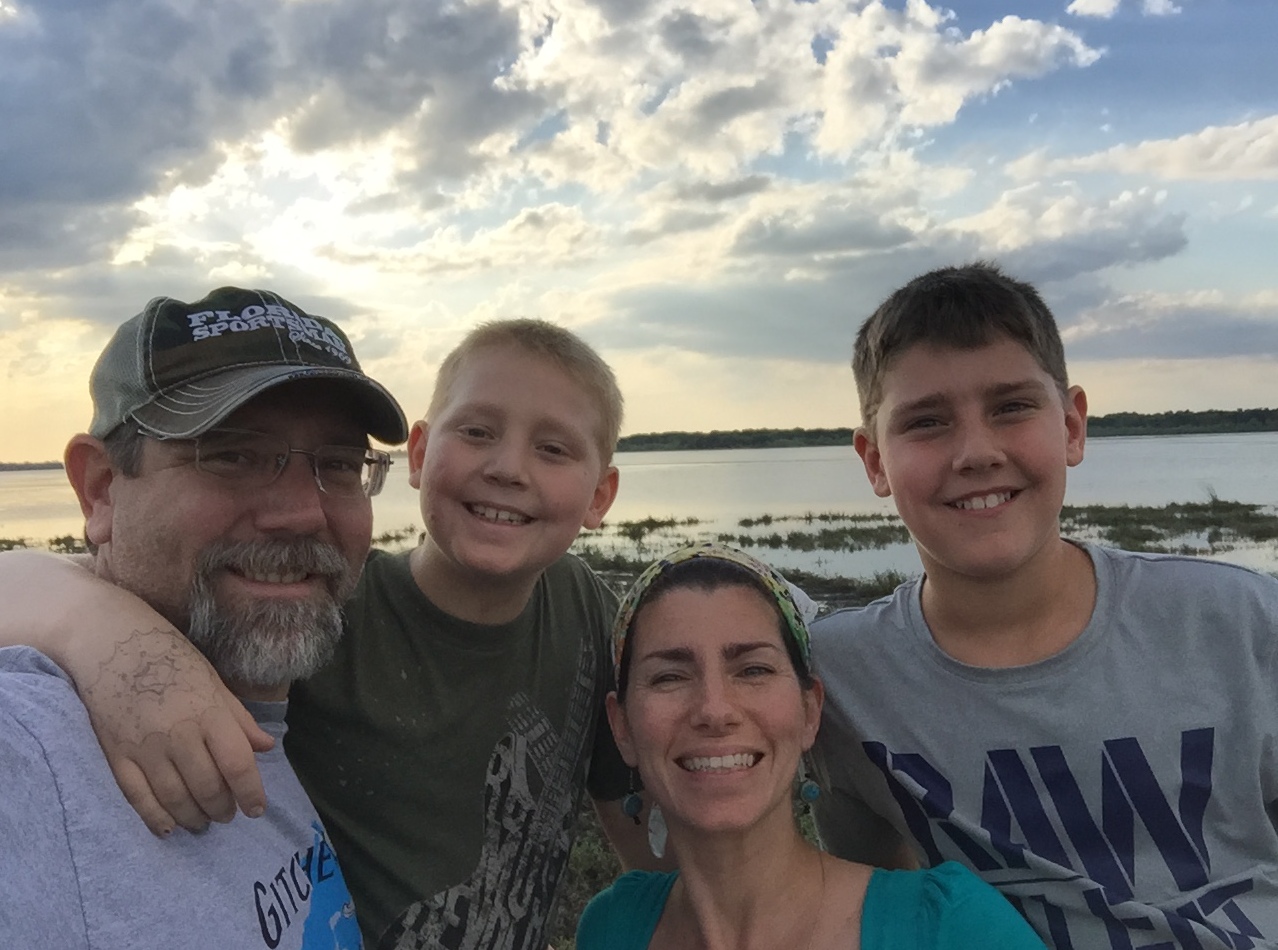 We overslept this morning. A combination of Benjamin’s restless night, Daylight Savings Time, and a late viewing of Shawshank Redemption conspired against us. We still had plenty of time to get up, get ready, and get over the bridge for Benjamin’s appointment in the Infusion Center–but the frantic pace left me feeling guilty. I hadn’t had time to pack a lunch in case Benji made counts and we stayed all day. I’d forgotten his Zofran in case he got nauseous. I didn’t even make a proper breakfast. I felt like I had slipped.

Of course, everything was fine. Benjamin was fed and happy, his legs and chest were numbed, and he didn’t need the Zofran. We made it to All Children’s safely and on time. I was angry at myself, really, for nothing. I realize that I am holding myself to a pretty high standard right now. I feel like I can’t afford to slip, even a little. The stakes are too high. Truthfully, I need to be getting more sleep. I’ll be more on top of my game, and less likely to be angry at myself for a little thing like hitting “snooze.”

Benjamin had his port accessed, and one of his “dancing nurses” in the Infusion Center drew his blood. She came back a few minutes later with the results. His absolute neutrophil count (ANC) needed to be 750 to begin round two of Consolidation today; his blood draw showed 403. Dr. Grana, who instantly puts me at ease, was right behind the nurse. We talked for a while about Benji’s recent tummy pain, his mild mucositis, and his fondness for her stethoscope. Then she said she’d like us to wait until Monday to come back for another blood draw, and another shot at beginning the next cycle.

Dr. Grana explained that although there’s a chance he could make counts by the end of this week, the beginning of his next cycle has to take place over four consecutive days. The outpatient clinic isn’t open on weekends, so our alternative to waiting a week was to be admitted again. The oncology team strongly recommends that treatment take place on an outpatient basis whenever possible. They’ve assured us the delay is safe, that it’s expected, and that the chemotherapy he’s been getting is still actively working in his system. Dr. Grana told us to enjoy the break. Then she gave Benji her stethoscope.

Benjamin still had to receive his last two Erwinia shots today. He’s had twelve of them now. Thank goodness we won’t see those again for at least three weeks. He was perhaps the bravest he’s ever been today. We see his fear only in the most subtle of ways; his lip shakes, and his hand is sweaty when I hold it. But he doesn’t move a muscle. He doesn’t fixate on the discomfort either. He puts it behind him as soon as it’s over, always with a joke and a smile. The nurses are so impressed with him that they let him pick out a special prize today. He hopped down to take his laps around the floor, and outpaced Michael and me easily. We took about ten laps today. He felt great.

As soon as Michael told his mother we had a “week off” from chemotherapy, she got right to work looking for a beach rental. It’s Spring Break here in Sarasota. We didn’t know if she’d have any luck. But she worked her magic, and now we are very much looking forward to a little family staycation this weekend. We could not be more thankful. It’s incredible how we are being supported through this; we never would have written a chemo delay into Benjamin’s treatment plan, but we are certain that the rest and relaxation will be wonderful for him, body and soul. And it comes at the perfect time.

We were excited to retrieve Banyan from his sleepover, and for Benji to share the news of the staycation with him. We were too happy and it was too gorgeous a day to stay inside, even though we were all tired. We took a spontaneous sunset trip to one of our favorite places on earth, Myakka River State Park. Peace and beauty surrounded us. Healing can happen in many ways. We are grateful for each of them.