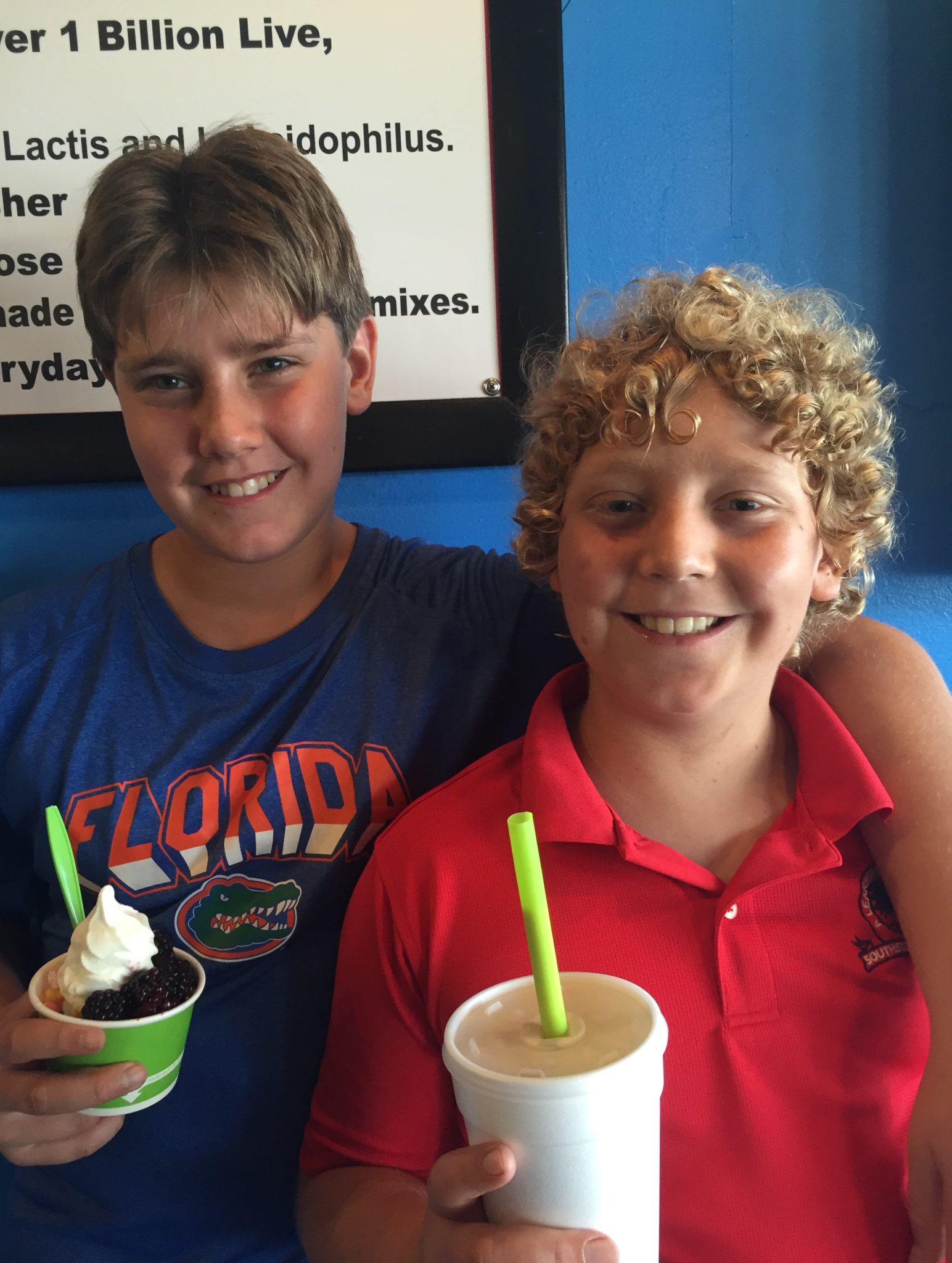 I broke my own rule last night and stayed up way, way, way too late researching. My mind was in turbo mode after our Moffitt meeting. I thought it would be safe to lift my moratorium, but it was not. I was kind of wrecked today. This will not happen again.

Today contained some frustrating phone calls. Several, in fact. Banyan’s genetic testing is still being held up by insurance authorization. I thought three weeks was a little long, and I spoke to our health insurance representative. She found out that our insurance company sent All Children’s a letter just a week after the request was made stating that Banyan’s test was an eligible expense. I called All Children’s and spoke to the genetic counselor who ordered the test. Let’s just say I will not be enrolling in his fan club any time soon. He tried to push everything back on the insurance company. I told him exactly where the letter was sent, to whose attention, and the procedure number in question. He said he would track it down, but made sure to tell me that these things take time. I made sure to tell him important this test was to our family. And I’ll tell him again tomorrow, and the day after that, until this is done.

Another call came from the radiation department about Benjamin’s MRI Friday. She went over the routine procedural stuff, then told me she was confused by the order from Dr. Moore not to use contrast. I told her that Benjamin had kidney failure nearly a year ago and maybe Dr. Moore was being cautious, because that contrast dye is extremely nephrotoxic. Or maybe the MRI for tumor activity doesn’t need contrast, maybe that’s only for seizures. My mind started racing. Does he need the contrast? Will that give them a clearer picture? I am not educated enough to make this decision, and frankly, I’m not sure she should have been asking me. I suggested she contact Dr. Moore to ask the question, because he wrote the orders.

Someone else from radiation called back a little while later. “Would you like to schedule Benjamin’s MRI now?” Um, no, he’s already scheduled for 1pm Friday. The woman on the phone–a different one–did some digging and found that somehow Benji had been taken off the schedule entirely. I’m sure it was an accident, but I’m very glad they called, because if I’d arrived Friday with a boy who hadn’t eaten all day to be told he had no appointment, I might have actually lost my mind.

The last call came from Krista, our sweet clinic nurse, via voicemail. I didn’t get it until after 5 so I will have to call her tomorrow. Her message said that the GI department had contacted oncology and told them that they actually cannot perform Benjamin’s colonoscopy and endoscopy on the 27th now. I know this is not a big deal, but in my sleep deprived and already frustrated state, it felt like one. I had carefully coordinated the procedures and cleared them with all departments so that Benji would stay right on schedule with his LP and only have to go under sedation once. I’m sure this can still happen, we will just move his lumbar puncture by a couple of days to accommodate the GI schedule.

The boys and I had a lovely afternoon together and I made a super healthy meal for our family for dinner, but I felt my tiredness affecting my mood and my expectations.  I think none of those phone calls would have fazed me after a full night’s sleep. I also allowed worry and fear to come in much more easily tonight. Benjamin looks pale to me and I am ready for this chemo hold to be over. It’s time for deep slumber and a reset in the morning.