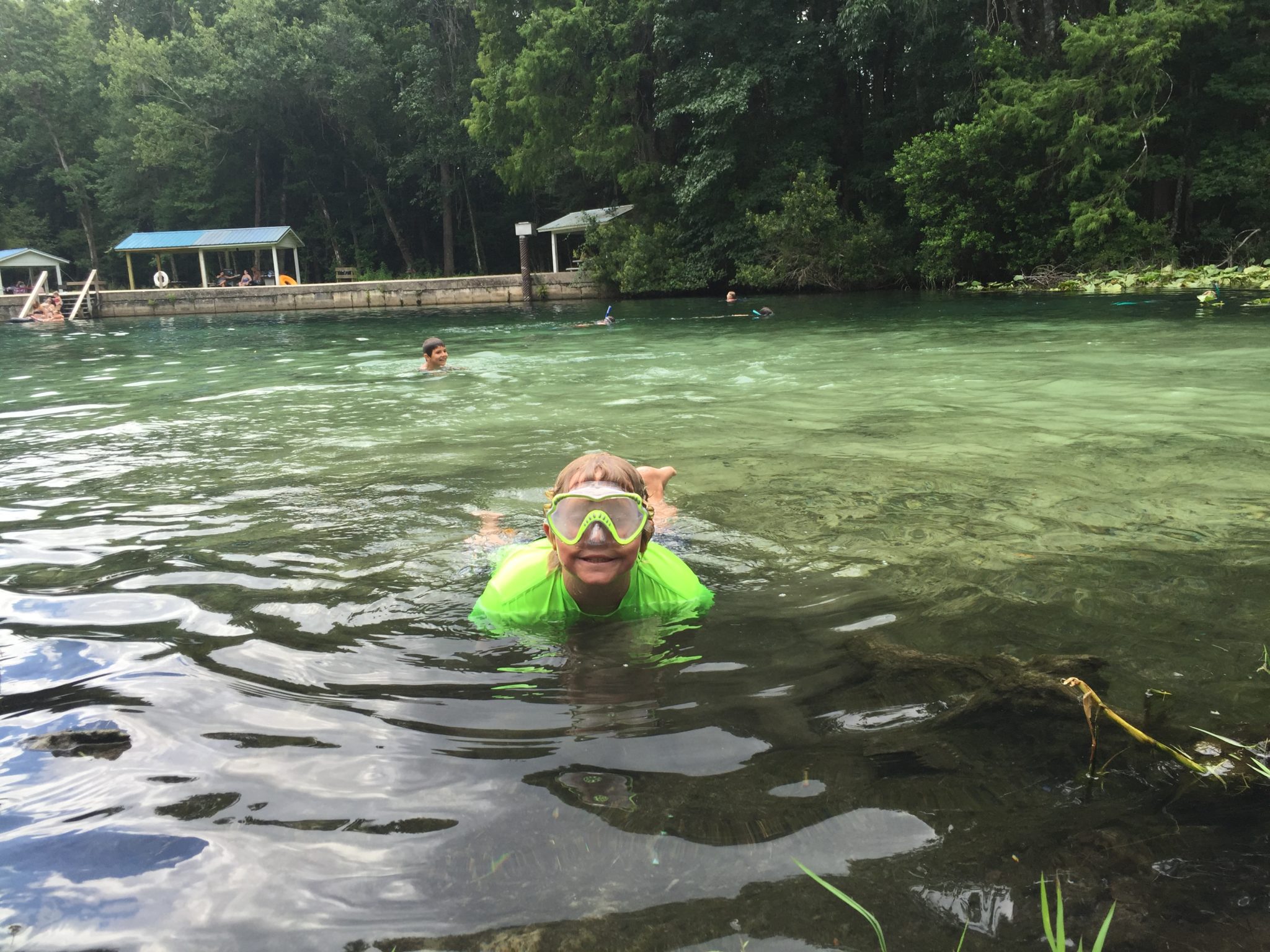 After several days without any physical discomfort, Benji woke up in the wee hours of the morning complaining of sharp pain in his lower belly. We’d catch half an hour or so of sleep and then the pain would wake him again, until finally we were up for the day, and we drew Benji a hot bath.

I was feeling pretty sure Benji’s tummy trouble was gastrointestinal–until he vomited, which was followed by a pale face and profuse sweating. This was the work of 6MP, compounded perhaps by Tuesday night’s Methotrexate. I was thankful that Michael remembered to send up the bag with the Kytril in it, and I quickly gave Benji a dose.

Thursdays are field trip days at Sarah’s art camp. Today the group had planned to go to Bronson Blue Springs. Benji told me instead that he wanted to go home, through tears. I told him of course we would do whatever he wanted, but encouraged him to wait a little while longer to make the decision. His nausea and stomach pain has been happening more frequently lately but it always dissipates before lunchtime.

The campers started to arrive about half an hour after Benji took his medicine. He wasn’t feeling much better yet, and sat through Sarah’s first art project and morning meeting without a word. But when it was time to gather towels and masks and load the bus for the Springs, Benji rallied. Sarah and I both thought he might. He’s a pretty tough cookie, that one.

I drove separately in case Benji would need to leave, but he didn’t. He rode the camp bus and sang the camp songs like the other kids. Unlike the spring at Crystal River, which was warm water, Bronson Blue is a contained cold water spring. Second magnitude. I wasn’t worried about bacteria a bit. We applied Swim Ear drops between jumps off the diving platform and exploratory missions down into the blue, where the big fish were. Benji and his seventeen new friends had an awesome day.