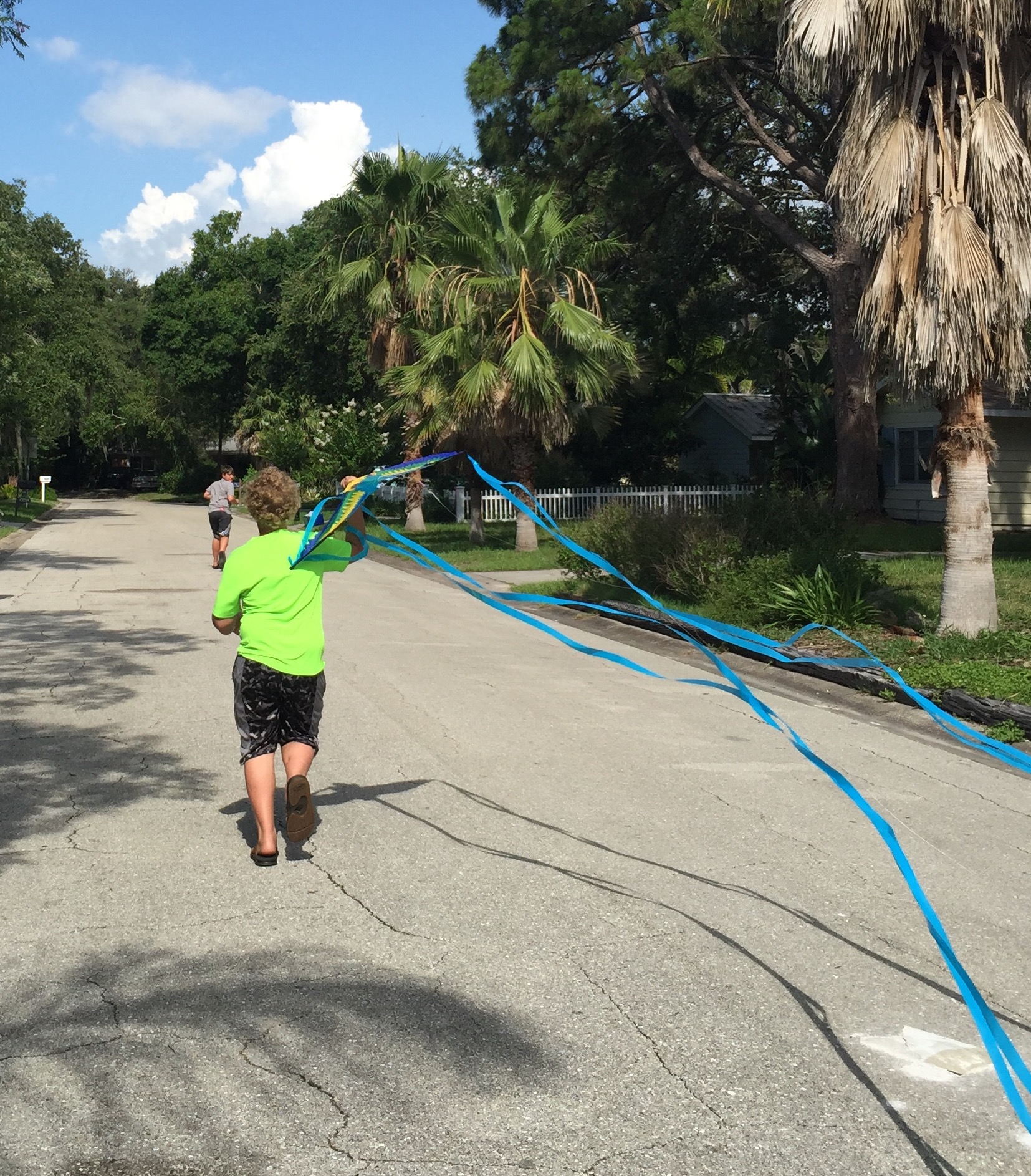 Benji’s tired spell continued this morning. I’ll be honest, it worried me. He said he was too tired to walk down the hallway. He just wanted to lie down, all day, he said. I sat with him, put on a favorite movie, took his temperature (normal), grilled him about other symptoms. He said he just didn’t feel well, all over. I tried to shake the fear away and welcome in the trust, the faith, the logic. I took a long look at my boy, at the color of his rosy cheeks, the whites of his eyes. It calmed me down to see those colors.

By early afternoon, Benji was feeling considerably better. Perhaps his body had been fighting a small virus. Perhaps the exhaustion of walking two parks at Disney World had finally caught up with him. Whatever the reason, he was back to his spicy self–a little too spicy. He was provoking both Banyan and me at any opportunity. I was trying to work and to prepare for Banyan’s twelfth birthday party this weekend, but it became clear that the boys needed a diversion.

We found a kite Banyan had received for a recent holiday that he’d never opened. There were short gusts of wind this afternoon, so we thought we’d give it a shot. It felt good to get outside with them and be in the summer flow for a little while. After several experiments with the speed, slack, and direction of our pre-flight test runs, we were airborne–and our kite was a beauty to behold.