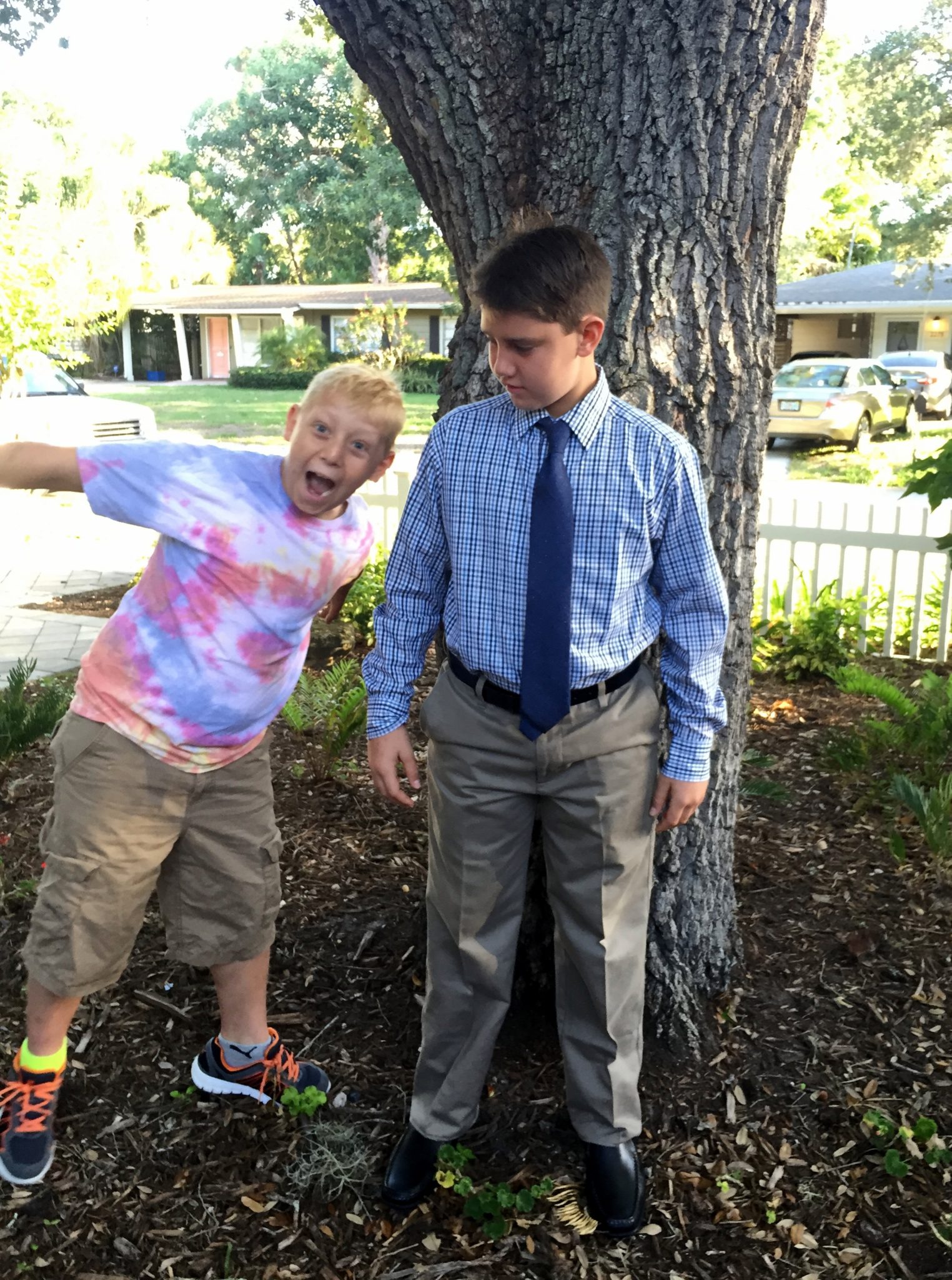 I knew the day would be focused almost entirely on our eldest boy, so last night I wrote myself a big note on the kitchen counter: SEPTRA FRIDAY. I’m glad I did. Benji’s usual days to take the antibiotic are Saturday and Sunday, but because he is being admitted again on Monday for high-dose methotrexate, everything had to be bumped a day earlier. The medicines can’t be taken within 24 hours of each other.

I saw the note while I was making coffee, and tucking a card for Banyan under the binder of memories I made for him last night. When I woke him up this morning, his gangly legs nearly touched the bottom of the bunk bed ladder without effort. When we first put him on that top bunk, he was not even two years old. His little legs stuck straight out.

Michael’s mother and sister came over with breakfast and we got Banyan ready in his fancy clothes. He looked so handsome. Benjamin got ready too, for his last day of first grade. Even though he’s only been able to go to school half a dozen times this semester, it meant the world to me that he was able to finish it out with his friends.

This day has been full of emotions. Lots of sad fifth graders who won’t see each other on the daily anymore. Lots of tears shed for a teacher who has changed their lives. Lots of gratitude that our firstborn has had this amazing experience. And a heaping ton of pride: Banyan graduated with the President’s Gold Award, the highest academic recognition of the day.

We left the graduation ceremony and went to Banyan’s class party. After a couple of hours, I left him there to go retrieve Benji back at Southside at the end of the schoolday. Mrs. West was handing out report cards. Time for more big pride: Benjamin got straight A’s.

The tears came once I got him in the car. After all Benjamin has been through–every poke, every injection, every chemical, every medicine, every procedure–he has knocked first grade out of the park. After all both boys have been through since Benjamin’s diagnosis, they will each be able to look back on this elementary school year and know, without a doubt, that they ROCKED it.

I don’t think I could be prouder of either of my sons. I suspect they will both prove me wrong.