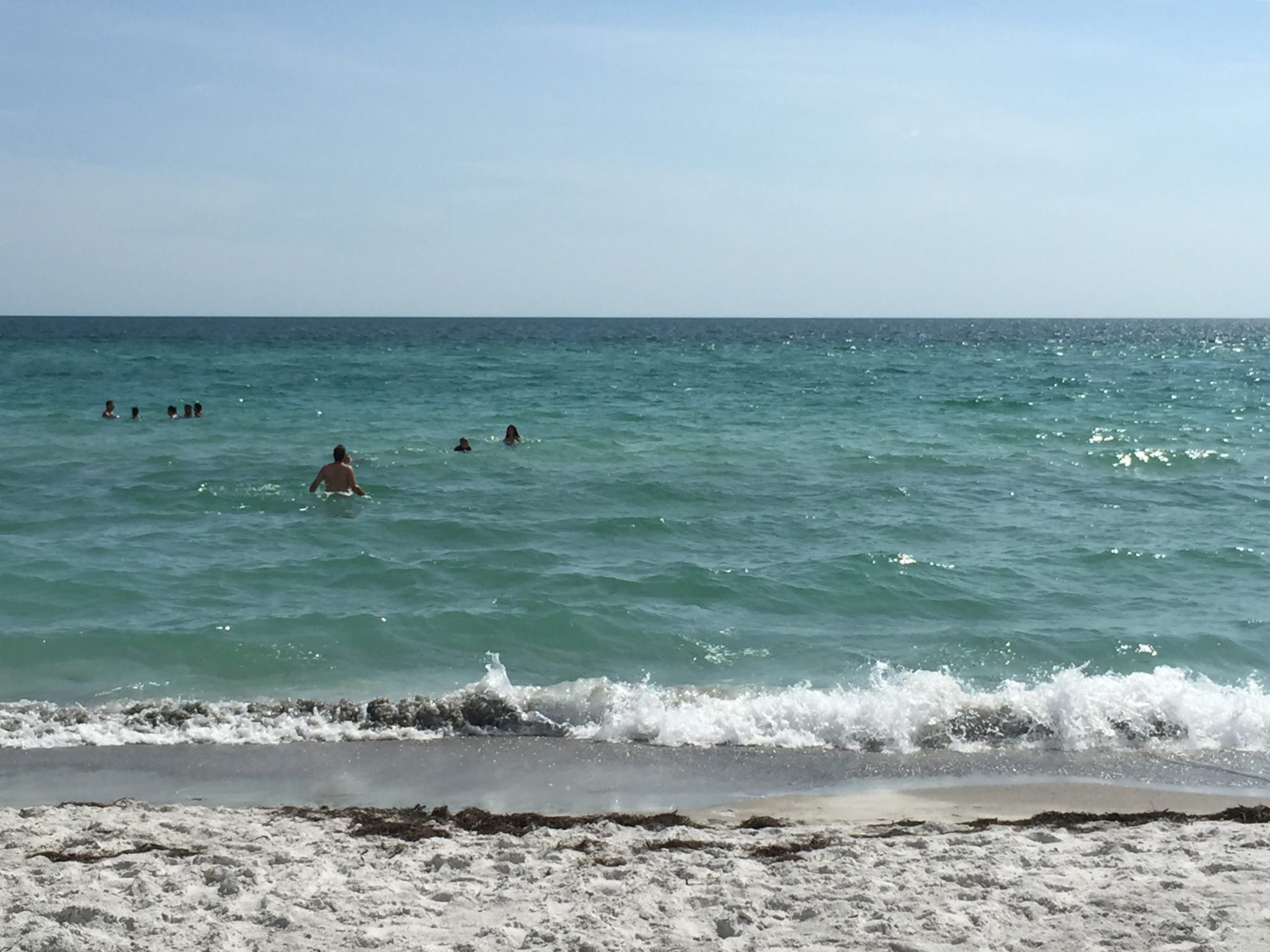 My sister and her children made a spontaneous day trip down to Sarasota today. We were all excited to spend the afternoon at the beach. I went to the grocery store in the morning to stock up on supplies. I was in the checkout line, beaming at the beachy goodness I was placing on the conveyer belt–including the biggest watermelon I could find–when Michael called. Benji had gotten in an accident on his bicycle. It wasn’t a bad one, he said. Just a knee scrape. He’s fine, and the bicycle is fine. But Michael called, because we had some thinking to do.

Just a knee scrape is now a much different animal. We had to throw many factors into our decision-making pot that would eventually answer the question: should we still take Benjamin to the ocean?

We went back and forth, all the while knowing that Sarah and her family were getting closer. They would be absolutely fine with whatever decision we made, but we wanted to make it quickly. Michael had washed the scrape and put antibacterial ointment on it. I did the same when I got home. Finally, after much deliberation, we decided to call the clinic. Different oncologists have different recommendations when it comes to water bodies. I knew that Dr. Grana was on call. We decided that whatever she said, we would follow, since our instincts were right on the fence.

Dr. Grana didn’t hesitate a bit. She said with his ANC as high as it has been, so long as we kept the area clean and treated with antibacterial ointment, she wouldn’t be concerned in the slightest about us keeping our beach plans intact. She reminded us what signs of infection to look for, and said, in her lovely, maternal Puerto Rican accent, “Don’t worry. The saltwater will be good for him.” I love that woman.

So, we went. We were chased by storms and only able to stay for a little while, but the water was gorgeous, and four cousins were happy. We ended the day with a lovely dinner at a nice restaurant, one for which Sarah and I both happened to have gift cards. Benjamin was a little sensitive to the smell of the place, and I considered running home for Kytril; he declined. He got used to the smell, his appetite was healthy, and he enjoyed a grown-up portion of fish and chips.

Tomorrow is Michael’s birthday. I don’t think I could ever celebrate him the way he deserves to be celebrated. One of the reasons he’s worth celebration is that all he truly wants is to be with his children. I’m so happy we are all home, feeling well, able to splash and toast and enjoy each other on this long weekend.