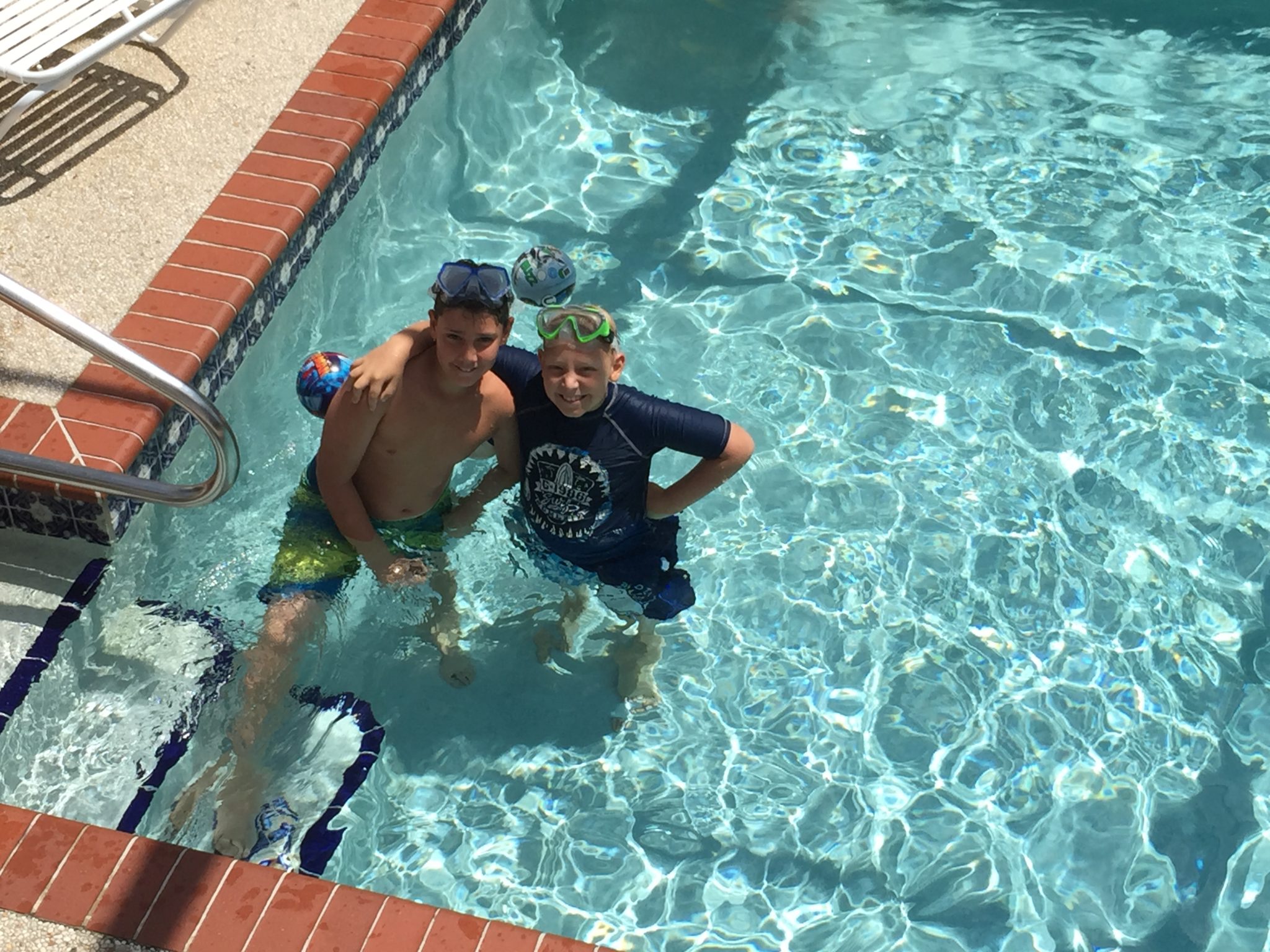 Today was a little bit of a roller coaster. I find such peace in sitting down here to this blank space.

Benji woke up with serious back pain that came and went all day long, and into the evening. At times, the pain drove him to tears; other times, it left him alone completely. I thought we might have to cancel our brunch plans at Michael’s mother and sister’s house. But the pain was forgiving, and subsided long enough for us to head south for a delicious meal, and for the boys to have their first swim in Grammy’s pool this year.

I racked my brain trying to think of the cause of this new side effect. Vincristine came to mind first, though Benji hasn’t had the medicine in two weeks. It was the culprit in the leg pain that prompted Benjamin’s only dose of pain medicine back in January. I also thought perhaps it was as simple as muscle soreness from last night’s hike at The Celery Fields, but that wasn’t likely. Our biggest fear was some kind of infection, because Benji’s absolute neutrophil count (ANC) is only 62; but he hasn’t had a fever so we feel pretty confident in ruling that out. I posted in the online moms’ group, and as always, was answered immediately by several women who have been there before me. Vincristine is the common offender. One mother responded that her daughter developed pancreatitis at this exact stage, and suggested we have Benjamin’s triglycerides checked. I’ll make sure to discuss that with the oncologists on Wednesday. While I don’t think that’s what we’re dealing with, I did brush up on pancreas nourishing foods before heading to the grocery store tonight.

My guess is that Benjamin’s pain is a result of a cumulative effect of the chemotherapy he’s been getting during Consolidation; Vincristine, Erwinia, Cytarabine, Cytoxan, 6MP, all of it. When I looked back in The Binder to check on when Benji’s awful leg pain was, I wasn’t surprised to see it was the night before the last day of the Induction Phase. These chemo cycles are carefully designed. The dosages push a body’s systems to its very limits. Just at the brink of too much, a new team of medicines takes their place, targeting the leukemia in a different way. I’ll try to remember this at the end of the next phase.

We’d planned to catch sunset at the beach tonight, but we opted to stay home instead. Benjamin wasn’t feeling up for it, and a newly scraped knee now makes us even more paranoid about bacteria entering his bloodstream. The boys played outside at dusk, and for dinner, we had a mighty spread of leftovers. There were so many dishes on the table that Banyan took a picture. It was a great way to end the weekend, a visual reminder of our many, many blessings.